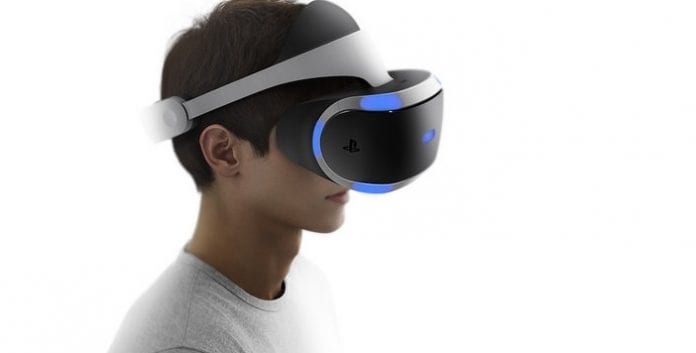 Shuhei Yoshida, President of Sony Worldwide Studios today unveiled Sony’s plans for Project Morpheus upgrade. He stated that Sony wants to “deliver an experience that lives up to our vision and ignites the passion of gamers.”  Yoshida said that Project Morpheus upgrade is being tested in labs, however it is not yet ready for commercial use.

The upgraded Project Morpheus will truly be a full fledged VR headset in its own right instead of a upgrade. Sony has moved to a OLED screen which will result in very less motion blur and low persistence. It  will also have a increased screen resolution of 1,920 x RGB x 1,080 and as already stated above, -the refresh rate is doubled from last year at 120Hz. The new Project Morpheus VR headset will boast of a new 5.7-inch screen with a higher field of view (nearly 100 degrees).  On the tech side, Sony has also increased the lower latency at under 18 milliseconds.

The new version will improve the overall visual experience and tracking accuracy, which are both important in establishing “presence,” a term that describes a user becoming completely immersed in a VR experience.

One the handling side, the new Project Morpheus will allow users to flip open the front of the visor thus making it easier to look down for a controller or other object.

Sony has not divulged the pricing of this VR headset but it will be in the range of $250 to $350, however we may know the exact price at E3 in June. However given the increase in specs including almost doubling of the refresh rate, Sony will have hit a bulls eye with Project Morpheus Part II.

Key changes:
OLED display: In exchange for the 5 inch LCD, the new Morpheus VR headset is equipped with a 5.7 inch 1920 X RGB X 1080 resolution OLED display. This new screen expands the field of view and enables low persistence, removing motion blur.
120hz refresh rate: The previous refresh rate spec has been doubled for this new prototype, which means games for Morpheus can be rendered at 120fps. When combined with the OLED display’s high refresh rate and the power of PS4, Morpheus is able to output amazingly smooth visuals.
Super low latency: We know how critical low latency is to delivering a great VR experience, and we’ve reduced latency to less than 18ms, about half of what the first Morpheus prototype had. Low latency is critical to deliver a sense of presence, at the same time making the VR experience comfortable to players.
More accurate tracking: To make positional tracking more precise, we’ve added three LEDs to the headset – one on the front and two on the side – for a total of nine LEDs to support robust 360 degree tracking.
User-friendly design: We’ve made the Morpheus VR headset easier to put on and take off, with a single band design and quick release button. The headband supports the weight of the unit on the top of your head, so there is no pressure on your face. Other components have also been adjusted and configured to make the headset lighter, so that players do not find the headset cumbersome or uncomfortable to use.