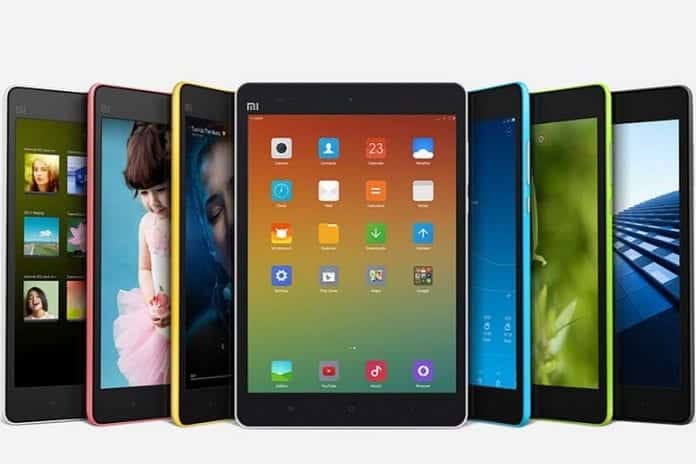 Chinese smartphone manufacturer, Xiaomi today announced that its MiPad tablet will be available for Indian users from today. The Xiaomi MiPad tablet which Xiaomi’s first tablet launch for Indians has already garnered good reviews and sales in China and other markets.

The tablet has a 7.9-inch IPS high resolution display and comes with Corning Gorilla Glass 3 protection which gives a resolution of 2048 x 1536 at 326 pixels per inch density. It has a 2GB RAM and 16GB Internal Flash memory which is expandable to 128GB via microSD card expansion slot. Xioami MiPad weighs 360 grams.

For creativity and photographers, MiPad has a 8MP Sony BSI rear camera and 5MP front camera.

The MiPad is particularly suitable for reading e-book, browsing internet or playing games and watching videos because of its 8.5 mm-thin IPS high resolution which renders text and images beautifully. The 4:3 aspect ratio also makes it compatible with most mainstream games and apps.

Xioami says that MiPad tablet is also fully compatible with Word, Excel and PowerPoint while WPS Office lets you directly edit and manage documents.  Users can edit content online on Dropbox, Google Drive and other cloud storage platforms and sync it across all other devices in real time.

Alongside MiPad, Xiaomi today also launched the new version of its budget smartphone, Redmi 2, at a price point of Rs 6,999.00. Redmi 2 will also be available to India users on March 24, exclusively on Flipkart (click on link to register), for which registration is required.