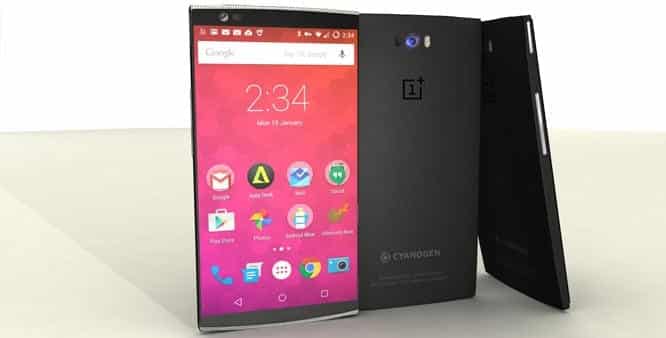 After the handsome success of its maiden OnePlus One smartphone, the OnePlus company is now looking forward to release OnePlus Two in June 2015. The OnePlus Two smartphone is expected to be priced at $538.00 (Rs.33000.00) and has pretty impressive specs.

One Plus Two features a 5.5-inch full HD LTPS display which gives a 2,560 X 1,440 pixels resolution. OnePlus Two is reported to be powered by a Snapdragon 810 processor and 4GB RAM.

The operating system on the OnePlus Two seems to bit of riddle because some rumours point to the smartphone operating on Google’s Android 4.4 KitKat Operating System, while others suggest that it may run on OnePlus’s own Oxygen OS.  The later looks a more distinct possibility considering that Android 4.4 KitKat is being phased out by Google and its associates themselves. The OnePlus Two will have a 64GB internal memory with microSD card expansion slot.

Like its predecessor, OnePlus Two will have the best of the configuration according to rumours. It will boast a 16MP rear shooter, up from 13MP in OnePlus One, and the front camera will be a 5MP affair.

The OnePlus Two is packed with powerful and long lasting 3300mAh battery to run its operations efficiently. Another change in OnePlus Two is that it will come in a revamped metal casing unlike the OnePlus One with a polycarbonate body.

OnePlus has released the all new customised Oxygen OS for its OnePlus One smartphones, a few days back, which the company promised to have “ZERO Bloatware,” perhaps the first company outside of custom ROMs to do so.

The OnePlus Two announcement is rumoured to come in the second half of this year. OnePlus has met with success for Oneplus One smartphones because of giving best hardware configuration at affordable prices to buyers and a unique invite only buying system.  The invite only system not only helped create necessary hype among the buyers but also let OnePlus manage its inventory in a far better way, thus maximising profits for the company. The company is now looking to expand the OnePlus brand to 16 more European countries.