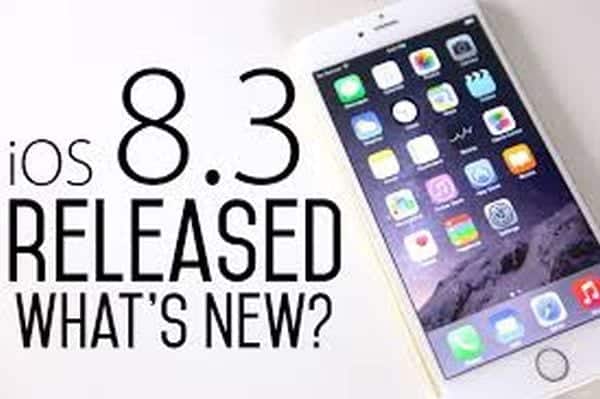 With iOS 8.3 you can customize your emoji and enjoy a faster iPhone

After a lengthy beta testing program, Apple has finally released iOS 8.3 for its users. The update which was under testing for more than two months has a number of fixes and cool features.

The most obvious are additions in Apple iOS 8.3 are emoji and CarPlay. The default keyboard’s emoji selector has been updated with a scrollable list view, categories, and a skin tone picker for each face. A few brand-new emoji resemble Apple’s family of products — the iPhone, iMac, and Apple Watch.

CarPlay, meanwhile, has gained wireless playback and Apple engineers have fixed the CarPlay issues where Maps would come up as a black screen or rotates incorrectly. There is also an issue that has been fixed where the keyboard could appear on the screen when it is not supposed to.

A number of WiFi and Bluetooth fixes have been addressed in iOS 8.3.  The bug in earlier version which continuously ask users to put the login credentials has been fixed in 8.3.  The new update has also fixed the issue where some devices disconnect intermittently from Wi-Fi networks. It has also fixed the bug caused hands-free phone calls to become disconnected has been fixed. Finally some users had reported that some Bluetooth speakers could play songs when connected to earlier iOS devices, the same has been also fixed.

The new iOS 8.3 update fixes several orientation and rotation features. The update addresses an issue that prevents the screen from rotating back to portrait after rotating to landscape. Another key fix is that the device orientation would appear upside down after pulling the iPhone 6 Plus from your pocket has been fixed along with the issue of apps rotating incorrectly after switching in the multitasking mode.

Apple has improved the reliability of installing and updating many enterprise features in iOS 8.3.

Issues with the update

Following the release of iOS 8.3 for iPhone and iPad on Wednesday, many users have turned to the Apple Support Communities, Reddit and MacRumors discussion forums about Touch ID not working in the App Store on the latest software version. The issue affects multiple iPhone and iPad models, including the iPhone 5s, iPhone 6, iPhone 6 Plus and iPad Air 2, although the bug does not appear to affect all users.

Though this is just an irritable inconvenience to the iPhone/iPad users, they will still be prompted to enter their Apple ID password when purchasing apps from the App Store just like before Touch ID was introduced.

Apple has yet to provide comment on the matter.

You May Also Like: This summer update your Apple products with iOS 8.4 updates