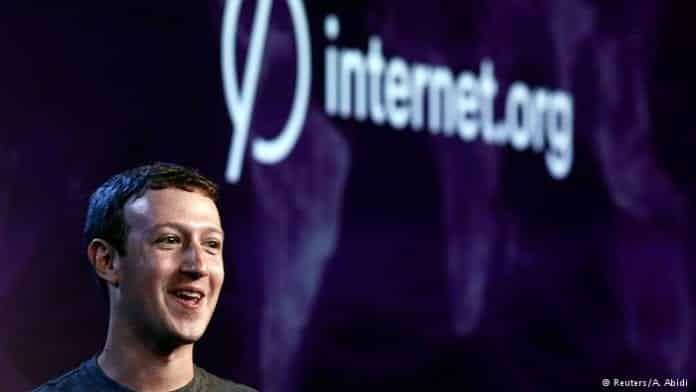 That was one of the key messages that came from a question and answer session with the Facebook co-founder and CEO held on his company’s website on Tuesday. Zuckerberg said the principle of Net Neutrality, which requires that all Internet traffic should be treated equally no matter where it’s headed to or from where it is coming from, making sure Internet service providers like Verizon and AT&T are unable to “discriminate and limit the access to services people want to use.”

However, on the implications of Internet.org for Net Neutrality, Zuckerberg said, “For people who are not on the internet though, having some connectivity and some ability to share is always much better than having no ability to connect and share at all. That’s why programs like Internet.org are important and can co-exist with net neutrality regulations.”

The topic has become flaming debate and lawsuits since the Federal Communications Commission in February effectively adopted such rules in the US. Internet service providers and telecommunications industry groups have fought the new rules, arguing the FCC has been being heavy-handed, that it’s relying on outdated laws and its actions could stifle innovation in future.

“The FCC went far beyond the public’s call for sound Net neutrality rules,” Michael Powell, the head of the National Cable and Telecommunications Association and a former chairman of the FCC, said in a statement Monday. “Instead, it took the opportunity to engineer for itself a central role in regulating and directing the evolution of the Internet.”

Zuckerberg added that FACEBOOK is working with the governments and network operators who “are most excited about working with Internet.org to get everyone online in their countries.”

In India, Facebook has partnered with Reliance Communications in February, to provide free internet to users, but only to a select list of websites and services.

As we had noted earlier, Facebook’s Internet.org, while no doubt a compassionate scheme for those who don’t have access to the web, is technically a violation of the principles of Net Neutrality, since it diverges the Internet into different kinds of services.

Zuckerberg has a point when he says that those who don’t have any access should be given Internet access free of cost, but still the question remains whether such an offer will undermine Net Neutrality or not.

Zuckerberg said that in countries where many people are not connected to the Internet, “having some connectivity and some ability to share is always much better than having no ability to connect and share at all.” That, he said, is why he’s thrusting initiatives like Internet.org, which he believes can co-exist even with Net neutrality regulations.

The Q&A session, which was held on Zuckerberg’s Facebook profile page, is just the latest public appearance by the social-networking site’s billionaire co-founder, who loves to devote time atleast once a month for public appearances. To that end, he has held public question-and-answer sessions in the US, Colombia and Spain since November.

Though he typically repeats many of his opinions about freedom of speech, the importance of Internet access for the poor and the developing countries and some of his other favorite political issues, he has also given some insight into the way he works and what he sometimes thinks about.

Last year, he expanded on earlier comments he’d made about the Hollywood portrayal of Facebook’s founding in Aaron Sorkin’s “The Social Network.” In the past, he’d said the one thing the movie got right was his clothing, a joke undercutting the film’s veracity. But talking in a live broadcast in November, he said the movie had been “hurtful.” He also said he loves fried chicken on his pizza.

As to the way Facebook works, he’s often defended following strict public speech laws in various countries by saying it’s better than the alternative, being blocked. He’s also discussed protecting freedoms of expression, despite terrorism and other issues.

Within minutes of announcing his question-and-answer session, Zuckerberg’s profile was inundated with hundreds of questions and comments, ranging from germane, such as how to keep a friend’s list relevant, to the ridiculous, “If you could be any biscuit, what biscuit would you be?” (He didn’t answer.)

One user asked whether Facebook hinders face-to-face communication. Zuckerberg argued it did not. “Tools like Facebook help people communicate mostly with people who aren’t directly around them” .

Singer and entertainer Shakira, of whose music Zuckerberg has said he enjoys, asked how technology can be used as an educational tool for disadvantaged communities. “I’m very excited about personalized learning — giving everyone the ability to use technology to learn what they are mostly interested in and at their own pace”. He added that he has been supporting one school experimenting with this technology through his personal philanthropy.

Another user asked about Zuckerberg’s opinion for Oculus VR, a virtual reality goggles maker Facebook bought last year for $2 billion. Zuckerberg responded, “Our mission is to give people the power to experience anything.” Oculus, he said, serves as a potentially powerful communication tool, which will allow people to interact with other people and experience things that can’t be experienced in the real world.

Zuckerberg also often fields requests for new features from the facebook users in these talks, and this was no exception. One user asked him to add a sarcasm button, much like the “Like” button Facebook is well known for. “Sure, we’ll get right on that,” Zuckerberg wrote, adding a smiley-face icon.