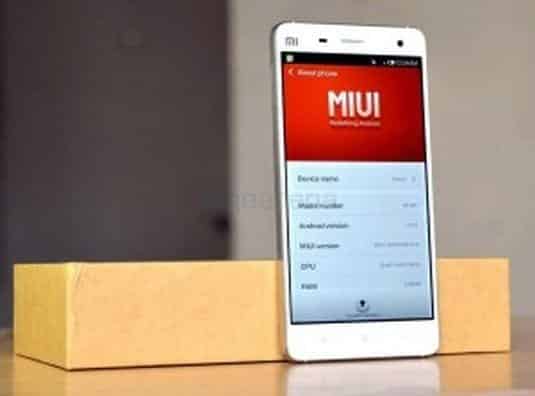 Xiaomi looks to capture US smartphone market with Xiaomi Mi 6

Xiaomi has set new benchmark in smartphone sales, by selling 2.11 million smartphones within 12 hours only, thus secured its name in the Guinness Book of Records. After making record sales in China and India, the two of biggest markets for smartphones, Xiaomi now has turned its attention to the United States and rumours have it that Xiaomi is launching a US specific Xiaomi Mi 6 smartphone.

The company was able to establish this achievement through one of its famous marketing strategy of “FLASH SALE”. After outperforming Apple Inc. and Samsung Group, strong rumors are floating around that the Xiaomi Mi 6 flagship might shine bright in US also, as the company is ready to expand its wings to other nations other than China and India.

Xiaomi has an impressive line of Android smartphones, that are equipped with latest features and 21st century technology and are available at affordable price, compared to its competitors. That is the new IDENTITY, what has effectively made them the THIRD leading smartphone maker in the world, just after APPLE and SAMSUNG.

It is believed, Xiaomi is ready to secure a bigger share in the smartphone industry of the global market, starting with all new Xiaomi MI 5.

The company is having a Global Smartphone Event in India on 23rd April, with the CEO Lei Jun, The President Bin Lin, and the company’s Global Vice President Hugo Barra. The event was titled as “i IS COMING”, so we can assume that its all about the future version of Mi 4, THE Mi 5. The Mi 5 will supposedly spread its wings to the European Markets.

Xiaomi rumoured new version Mi 5 and Mi 6 will feature a 5 inch or bigger screen with QHD resolution of 1,560 x 1,440 pixels. It will run on the new 64-bit Qualcomm Snapdragon 810 octa-core processor back, with 3 or 4 GB of RAM. It could feature a 20 mega-pixel camera and Android Lollipop 5.0 with the company’s own MIUI interface, as the company targets Samsung Electronics Co. in the market for large mobile phones.

The four-year-old company is broadening its branches of smartphones, tablets, televisions and routers to escalate competition with Samsung and Apple, which is said to be preparing Phones with larger screens.

As per AndroidInfo, the next flagship phone, the Xiaomi Mi 6 is preparing to invade the U.S., Xiaomi Mi 6 will be just as good as the smartphones that Apple, Samsung Group, HTC and LG are producing, within much more affordable price. The Mi 6 will have a large screen, a faster processor, and upgraded camera resolution from the Mi 4.

Xiaomi certainly have a strong foothold in the Indian and Chinese markets. But is the company ready to compete in the global markets, where people demand high-quality phones and price isn’t a defining factor for them?

Is Xiaomi the future of smartphones or just a FLASH SALE in the pan?