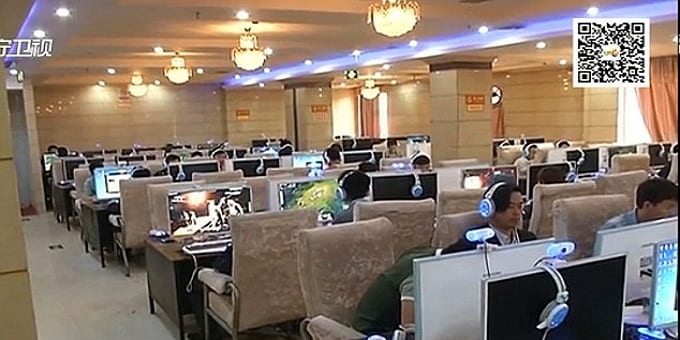 China: A thankless woman gives birth to a baby girl in the Internet Cafe and continues gaming over internet

A pregnant Chinese woman from Shandong, China, is so addicted to online games that she gives birth to a baby girl while she is in the Cyber Cafe and after the delivery continues playing the game! Well, that’s some remarkable commitment towards the game!!

Shocking and unbelievable; however this is a true incident that happened in south-eastern China on Monday as per one of the Chinese reports.

As per the Malaysia’s Guang Ming Daily reports, this pregnant Chinese lady ran from her home after she had some dispute with her family and had plans to move into her current boyfriend’s home. The baby’s father is her ex boyfriend with whom she has had a break up as he refused to marry her. As per the lady she had lost her wallet and was waiting for her current boy friend at the internet cafe. She also added that the baby delivered earlier than its actual due date.

It was around 4 am on May 11 in Nanchang, Jiangxi province, that this 24 year Chinese woman gave birth to a baby girl in the toilet of the Cyber cafe all by herself.

Other customers heard the cries of a newly born baby from the cafe’s toilet and saw blood stains on the floor and immediately reported this matter to the staff of the internet.

Surprisingly, when the staff entered the toilet, the woman was holding the baby and her umbilical cord in her hands.

Astonished, the staff offered her warm water to clean herself, however she refused and insisted going back to her computer to resume her online game.

The customers and staff were totally startled by her addiction towards the online game and wrapped the new born baby with a piece of cloth. They also called for an ambulance.

The woman was finally taken to hospital and her family as well as her current boyfriend rushed to hospital on hearing the news.

Amazingly, it seems the hospital has waived off the charges for her stay!!

There have been other cases of Internet addiction in the past; a South Korean father left his 2 and half year old baby alone at home because he was an addict of video games and forgot about his baby when he was playing the video games in Cyber cafe.

Earlier this year, a middle aged man died in Taiwan when he played online games for three consecutive days.

The example of this ungrateful internet addict mother, stirs up a question in our minds, are we becoming so addicted to internet and online games that we are loosing our humanity and values?