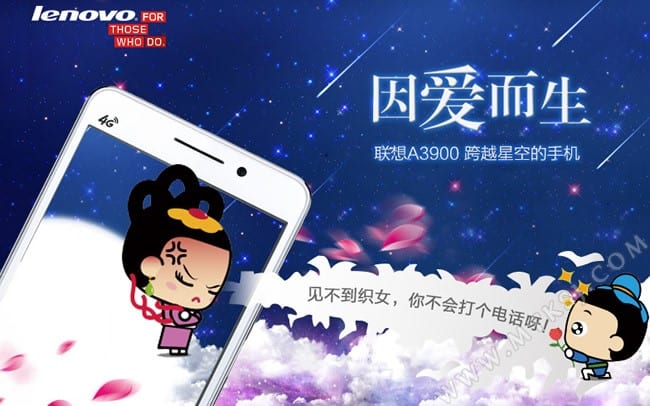 After the handsome success of A6000, Lenovo is now looking to enter the budget 4G/LTE territory and it has now launched a $80 (Rs. 5100) smartphone in China with global release by end of May.

The A3900 specs consists of 512 MB RAM and runs on the Lenovo Vibe user interface. It has a 4 GB internal storage which can be expanded up to 32GB via microSD support. It is also powered by a Quad Core 1.2 GHz (MediaTek) processor and comes with a 2300 mAh battery.

On the connectivity front, it supports 3G, 4G, Bluetooth 4.0, micro USB and Wi-Fi support. It has a 2 megapixel snapper on the front and a 5 megapixel camera on the rear on its 8.95 mm thin body. All the essential sensors – Gravity, Proximity, Light and Accelerometer are provided.

Taking the specifications into consideration, it won’t be incorrect to say that the Lenovo A3900 is a budget smartphone and hence, the price is the point of focus here. K3 Note phone, was recently launched by the company in China, however there is no details about the phone’s release in markets other than China.

It may be a tough challenge for Lenovo to handle Xiaomi and Micromax and Moto in India. However, Lenovo A6000, its powerful smartphone has been able to make its name this year. The A3900 may be sold in India by Lenovo for sub Rs.5000.00 by end of May 2015.

Do let us know what do you think about the different options available to choose from in Android market with new smartphone releasing every week? Write down your thoughts in the comment box below.