Micromax had launched its first smartphone with Cyanogen in India, under the Yureka brand in December last year. Now, Micromax subsidiary, Yu Televentures on Tuesday launched its second smartphone, the Yu Yuphoria, in India.

It is being claimed that the domestic brand Micromax have used a “crowdsourced design” when creating the handset. At the launch of Yu Yuphoria, Micromax Co-Founder, Rahul Sharma revealed that the handset has gone through a number of processes including pre-bending, welding, stamping, sandblasting, laser etching and polishing. Sharma asserts that the Yu team have achieved the sleek matte finish after extreme cycles of sandblasting that they learnt from the automobile industry. The Yuphoria smartphone has a metal frame around the body. In addition, he stated that the antenna on the handset has been put on a gold plated spring. 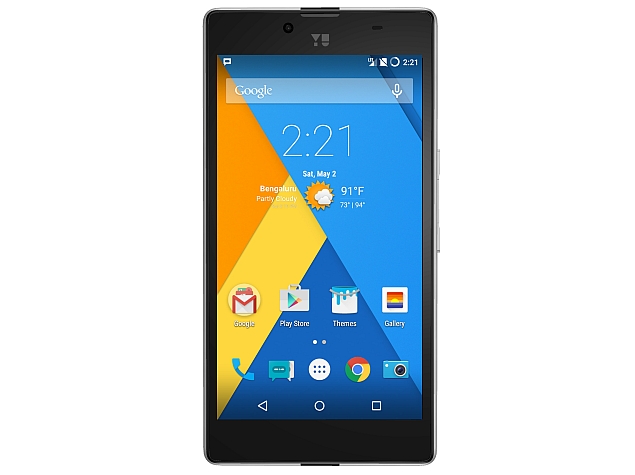 The team while manufacturing Yuphoria filed four patents including one for antenna layout for LTE devices stressed Sharma. The smartphone will be available in two color variants, Buffed Steel and Champagne Gold.

The Yu Yuphoria sports a 5-inch HD TFT IPS display with a 720X1280 pixels resolution. It features a third-generation Corning Gorilla Glass for protection. The screen to ratio on the Yuphoria is 67 percent claimed Sharma at the launch. The Yuphoria runs Android 5.0 Lollipop-based Cyanogen OS 12.

The handset is powered by a 1.2GHz quad-core Qualcomm Snapdragon 410 (MSM8916) processor. It comes with a 2 GB RAM coupled with Adreno 306 GPU. It also 16GB of in-built storage capacity.

On the connectivity front, the dual-SIM based Yuphoria supports 4G. It also features ambient, accelerometer, proximity, e-compass and gyroscope. It is backed with a 2300mAh battery and weighs 143 grams. It comes with a 5-megapixel front camera with f/2.0 aperture, while also featuring an 8-megapixel rear camera with an f/2.2 lens and LED flash.

The smartphone has been priced at Rs. 6,999 and will be exclusively available via Amazon India. The first flash sale is scheduled for May 28 for which registrations begin starting 5pm IST on Tuesday.