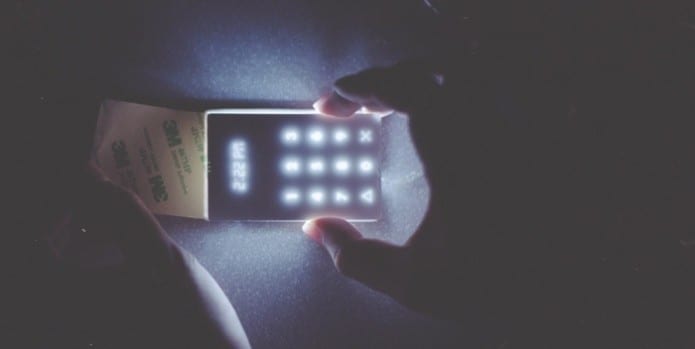 Light Phone : A credit card-sized cell phone designed to be used as little as possible

Welcome to the Light Phone. It is a credit card sized phone which comes with its own SIM card. It will come unlocked so you can connect to almost any GSM carriers network. However it is only to be used in emergencies.

Light Phone has been billed as a phone away from phone by its promoters. According to them it is meant to be used as little as possible and only as a backup to your smartphone.

It comes with an App to be installed on your smartphone. When you install the App on your smartphone, and it acts like your virtual receptionist. When a phone call comes in, the app routes it to your Light Phone.  Light Phone caters only to mobile telephone so you wont get any messages or other stuff you get on your regular smartphone.

Light Phone Kickstarter page mentions that, “We are using the same technology we used ten years ago, to build a phone” And they have been pretty successful at their Kickstarter project. As of now they’ve reached $54,115 of their $200,000 goal with 41 days to go.