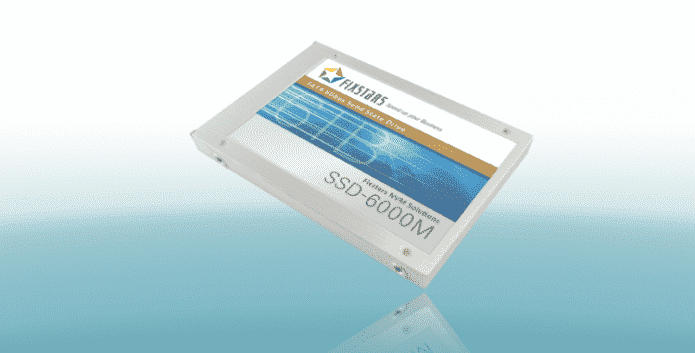 On Thursday, Fixstars announced a 2.5″ SSD with a capacity of 6TB, the world’s first and largest 2.5-inch SATA SSD. The SSD-6000M from Fixstars will use 15nm flash memory filled into a 2.5? form factor. Read and Write speeds are expected to increase to 540MB/s and 520MB/s respectively for sequential entry.

In the announcement Fixstars said that, “As with the Fixstars SSD-3000M,” the proprietary SSD controller allows stable, high I/O performance for sequential entry throughout the lifespan of the drive. The company said that this has been very successful in medical imaging, video recording, big data analysis, industrial applications and network infrastructure.

JC Torres of SlashGear said the thing that he found so exceptionally good about the debut was its size. “Fixstars claims it just one upped the industry. At least for now. The 6 TB of its upcoming SSD-6000M might not sound that much in the face of 8 TB drives, but it has one thing no other SSD can claim: a 2.5-inch size.” He said larger 4 or 8 TB SSDs are usually used for servers or racks, but a 2.5-inch 6 TB SSD “is definitely something worth bragging about.”

The SSD-6000M “grows” the company’s product line. “Since our SSD’s capacity is now able to compete with high-end hard drives, we feel our product can draw the attention of data centers as well,” said Satoshi Miki, the CEO. Fixstars had earlier this year announced that it had started selling in North American markets of 1TB SSD-1000M and 3TB SSD-3000M solid state drives.

However, as of now, no information is yet available for the 6TB SSS. Adnan Farooqui of Ubergizmo made a point on Sunday that “Those who would rather use SSDs than HDDs are however limited in their options, because high capacity SSDs are still not mainstream and they’re also very expensive.”

Similar point was made by Matthew Humphries, senior editor for Geek.com, that SSDs still are priced higher than the hard drives, “but the benefits in terms of speed and power use are clear, and in a lot of cases worth the added cost,” he added. (The company’s subhead to its Thursday announcement read, “Speed up your application with consistent, fast sequential throughput.”) As for who would snap up the 6TB SSDs, Humphries pointed out the increasing demand in the market for large SSDs in the datacenter.

SlashGear’s JC Torres mentioned that this type of storage isn’t aimed generally at consumer devices like laptops anyway. “At least not yet. Fixstars envisions that its SSD-6000M will be utilized in cases where stable sequential data access is required, like in multimedia processing, medical imaging equipment, or big data analysis.”

Fixstars is accepting orders and it will be shipped to customers in the United States in late July.