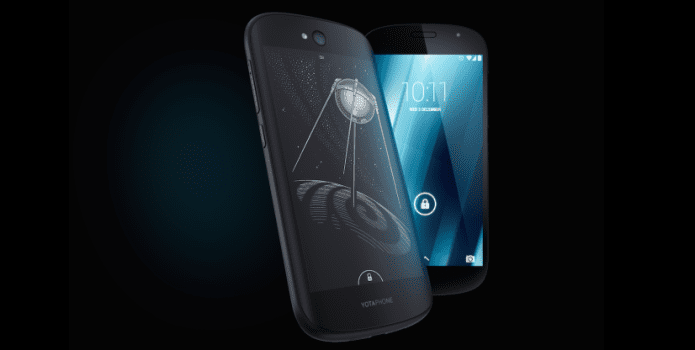 Pre-order YotaPhone 2 through Indiegogo this Tuesday, the E Ink smartphone starts at $500 and would be shipped in August.

Now the pre orders for U.S. markets has begun since Tuesday through crowdfunder Indiegogo.

Yota has set a goal of raising $50,000 in its 60 days Indiegogo campaign and it says the funds will be used to pay the certifications and regulatory fees that would be incurred during its U.S. launch.

Most of the start up companies have been using Indiegogo or Kickstarter crowdfunders as it not only helps the company to reduce its financial risk and bypass the bank loans but it also aids in establishing a demand for their product before it is even launched in the market.

Unique Specs of the YotaPhone 2 Smartphone:

Matthew Kelly, managing director of Yota Devices said: “We are stoked to begin our Indiegogo campaign and be one step closer to delivering our innovative and disruptive smartphone to North America.”

He added: “It’s not easy for a new OEM to bring actual innovation and disruptive technology to consumers, but Indiegogo provides us the perfect platform to reach our loyal supporters and grow our fan base by providing excellent pre-sale opportunities, the ability to showcase our unique product features, and alliance partners, while ultimately allowing us to generate the funds necessary for our summer 2015 launch.”

The Indiegogo campaign is not restricted to North America and is open to everyone across the world hence interested buyers can pre order the YotaPhone 2 and thus grab this opportunity to use the world’s first dual screen smartphone.

The Indiegogo is here