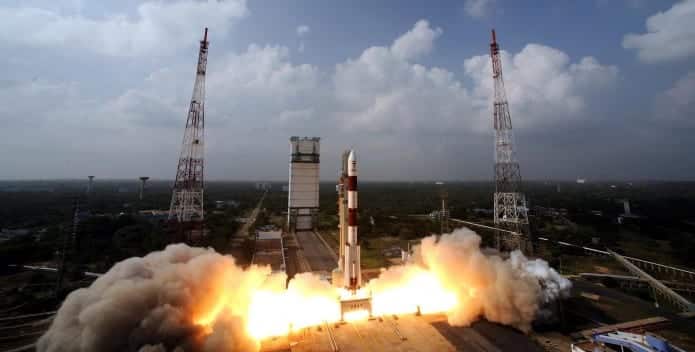 ISRO will not be able to communicate with its Mangalyaan from June 8th till 22nd as Sun will block Mars from Earth.

Indian Mangalyaan aka Mars Orbiter Mission (MOM) will go into an hibernation period of 15 days as Sun will block Mars from Earth, thus cutting off its communication with ISRO (Indian Space Research Organization). This “blackout phase” would be from June 8 till June 22 and due to the Solar eclipse, ISRO will avoid sending any commands to the spacecraft. MOM would be shifted in the ‘autonomous mode’ and would be taking independent decisions till the eclipse comes to an end.

Researchers at ISRO were aware of this blackout phase and had mentioned about the same in the month of March 2015.

“Mars-Solar Conjunction” occurs when the Sun falls between Earth and the Red planet, Mars thus placing all the three planetary bodies in a linear array. This phenomenon occurs every 26 months and it is expected to occur this month between June 8 and 22.

During this period there could be a disruption in the communications leading to misinterpretation of the commands. Hence, ISRO has decided that it will avoid to be in touch with the Mangalyaan during the aforementioned period.

International agencies like NASA and ESA too would be cut off from their respective Mars exploration missions during this phase. Some years ago, NASA’s Jet Propulsion Laboratory had followed the similar technique of staying cut off from the spacecraft during the Solar conjunction phase.

NASA has deployed three Mars orbiters and two Mars rovers and it plans to abstain itself from sending any commands to these missions from June 7 till June 21. The spacecrafts on the other hand will continue with its observations though it will not perform any major activity.

MOM (Mars Orbiter Mission) has been already programmed to be swept into autonomous mode during this 15 days of blackout phase which will confront for the first time since its launch.

A senior ISRO researcher said: “This will be for the first time that there will be a communication break for such a long period of about 15 days. There will not be any communication with the satellite”.

In regards to regaining control over the satellite once the blackout phase gets over he said: “The scenario has been tested for earlier; line of communication will be established”.

ISRO’s Mangalyaan mission of launching its first ever spacecraft in Mars orbiter took place last year in September 2014. ISRO extended its expedition by 6 months due to surplus fuel.

During the blackout phase, ISRO plans to keep barely minimum communication with the spacecraft in the initial stages of the celestial event and then it would increase the communication for a short time period once eclipse comes to an end.