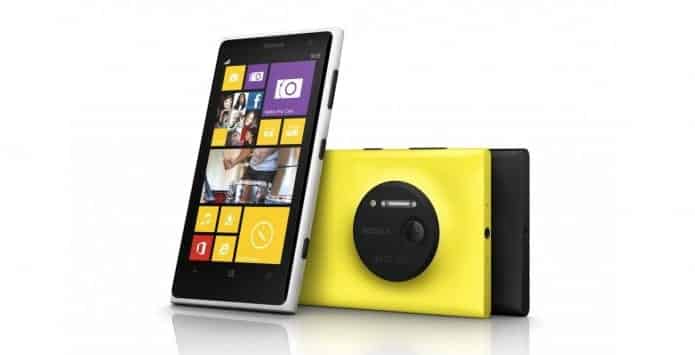 Microsoft after taking a deep breath is now focusing on its successor to the much acclaimed Nokia Lumia 1020 smartphone.

Twitter users Evan Blass (@evleaks) known for his smartphone leaks, has posted a picture of a circular camera lens. While the picture of the new lens is blurred, one can easily see a dual LED flash and a camera lens positioned slightly different from the lens on Lumia 1020.

@evleaks posted the picture with a tweet saying, “Don’t give up hope, Windows fans,” indicating that Windows Phone fans can expect to re-live soon to get their hands back on a camera focused smartphone.

It’s not so clear if the phone will be featuring a higher megapixel count or not (the Lumia 1020 sports a 41MP camera sensor).

According to the rumours Microsoft is working on two high-end Lumia phones for Windows 10 codenamed ‘Cityman’ and ‘Talkman.’ The phones are expected to be rolled out by the end of this year.

Cityman is going to be the company’s flagship phone for Windows 10 and it will feature a 5.7-inch QHD display, Qualcomm octa-core processor, 3GB of RAM, and a 20MP primary camera.

As per reports, Microsoft is planning to introduce a removable rear cover for access to the battery and microSD slots, despite the presence of 32GB of internal storage.

Talkman Lumia is expected to be slightly smaller than Cityman with a 5.2-inch QHD display. Powered by a Qualcomm hexa-core processor, the phone is expected to feature 3GB of RAM, and a 20MP primary camera.

The amazing thing is both handsets are reportedly featuring a triple-LED flash to support different tones for photos, alongside a 5MP front-facing secondary camera for the selfie stars.