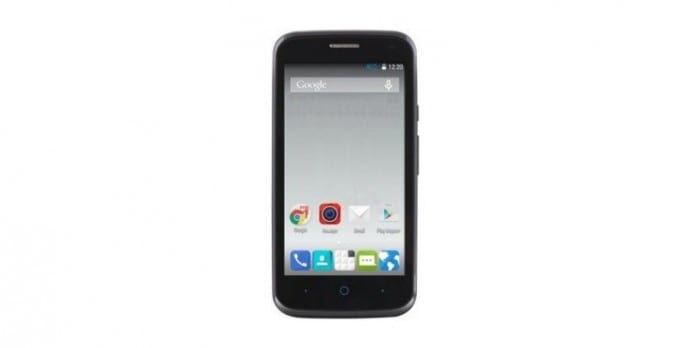 ZTE Blade Qlux 4G to be launched in India with 4G/LTE support and dual-SIM for Rs.4999

The battle for 4G/LTE smartphone supremacy is underway in right earnest in India. With homegrown Micromax making big bang announcements in the lower middle and mid budget 4G/LTE smartphone segment, the Chinese multinational company, ZTE Corp. too has joined the bandwagon by launching its 4G LTE smartphone called ‘Blade Qlux 4G’ in India. Priced at Rs 4,999, the dual SIM (both micro SIM) handset will be exclusively available for purchase via internet-based retailer, Amazon.in from June 16, 2015.

The company is providing 4G/3G double data offer from Airtel and the offer, details of which are provided on Amazon.in site. ZTE claims that the smartphone is capable of providing data speed up to 150 Mbps on LTE CAT 4 networks.

Yuan Kang, CEO Terminal Sales South Asia, ZTE said “At ZTE it’s our mission to get the technology of the future in the hands of our customers today. The Indian consumer is getting ready for 4G and we want to make sure that not only compatible devices are available to the consumers, but are also available at an affordable price.”

“We are extremely excited to introduce the ZTE Blade Qlux 4G to every Indian who wants to be tomorrow ready.”

As for the specs, ZTE Blade Q Lux 4G will run Android v4.4 (KitKat). It is powered by a 1.3GHz quad-core processor coupled with 1GB of RAM. The chipset used in this phone is MediaTek MT6732M. Graphics processor name is MALI T760. ZTE Blade Q Lux 4G offers dual-SIM support.

The smartphone features a 4.5 Inches IPS capacitive touchscreen with 854×480 pixels resolution. ZTE Blade Qlux 4G packs a 8-megapixel rear-facing camera with LED flash, autofocus and video recording, as well as 5-megapixel camera in the front. The phone is powered by a 2,200 mAh removable battery.

Storage capacity of this phone is 8GB, which can be further expanded up to 32GB by using microSD expansion slot. The connectivity options include Wi-Fi 802.11 b/g/n, Bluetooth v4.0, Micro USB, GLONASS, and digital compass. The handset supports 4G bands- Band 3 (1800 Mhz) /Band 40 (2300 Mhz).  The Blade Qlux 4G is equipped with sensors such as Ambient Light sensor, Proximity sensor, and Accelerometer.