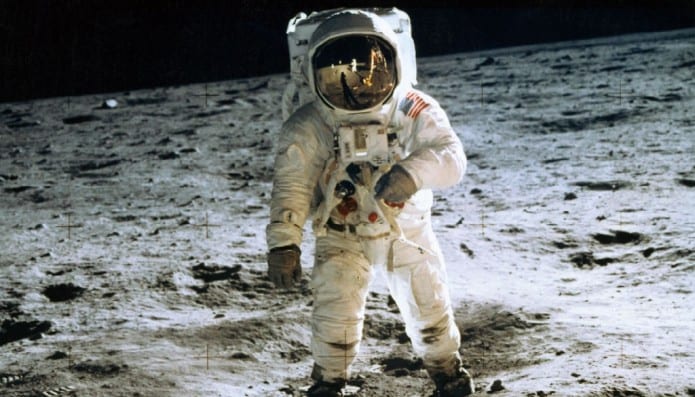 The new machine mimics the effects of gravity in space by using a special type of centrifuge which cancels out the effects of micro-gravity on astronauts.

A new workout machine has been developed by scientists at the Massachusetts Institute of Technology (MIT) which ensures fitness of astronauts while they are on space mission.

International Space Station (ISS) too offers a wide choice of exercise options to the astronauts. However, it has been observed that due to space travel many astronauts suffer from bone loss, muscle deterioration, issues related to balancing and cardio vascular systems. According to MIT scientists, astronauts can combat the negative effects of extended weightlessness in space by following a routine that comprises of exercise and artificial gravity.

The ‘human centrifuge’ developed by scientists mimics the effects of gravity in space by using a special type of centrifuge which ultimately minimizes the effect of micro-gravity on the physical health of the astronauts.

The compact human centrifuge has an exercise component, “cycle ergometer” fitted into it. Cycle ergometer along with the sensors basically is a stationary bicycle which can measure the total work out of an exerciser.

The compact centrifuge resembles a rotating metal cage and comprises of three main elements: a chair; a cycle ergometer or the mechanical portion of a stationary bicycle; and a set of sensors that measures all the cardio vascular variables including blood pressure, heart rate, respiration rate, muscle activity and foot forces.

The entire equipment is further placed inside a cylinder which is around 7.9 feet in width and the entire centrifuge is designed such that it can fit inside the module of ISS.

The compact human centrifuges is designed in such a manner that it can spin at extremely high speeds which results in generation of forces that are strong enough to simulate gravity. In theory, an astronaut riding in this centrifuge is likely to feel the gravity’s reinforcing effects.

Scientists used this machine on various healthy participants and found that instead of following only exercise if a combination of gravity and exercise was used it helped to significantly minimize the effects of extended weightlessness in space.

Apollo Program Professor in MIT’s Department of Aeronautics and Astronautics, Laurence Young, said artificial gravity would be a huge benefit for astronauts, particularly those embarking on long-duration space missions, such as a journey to Mars.

Young added: “With exploration-class missions, like Mars, where you’re gone for three years, you could run the risk of having astronauts not sufficiently conditioned to perform effectively, and also to not be in good health when they finally get to the surface of Mars.”

Young further added that for spacecrafts that are on mission such as the Mars, having a human centrifuge on board would definitely help in keeping an astronaut in shape over the long duration that it takes to complete its mission. As already mentioned above the cardio vascular variables would help an astronaut to keep a close check on their health.

Actual Testing of the Human centrifuge:

Replica of the machine was built by scientists and then they conducted experiments in their laborartory to check the responses of humans as well as the exercise performance at different levels of artificial gravity.

In all three sessions were conducted on 12 healthy volunteers who participated in the experiments. During each session, a particular level of artificial gravity was set and then participants were asked to pedal for 15 minutes at three different intensities of workouts or levels of resistance that was set by the cycle ergometer and the human response was recorded.

During the next 10 minutes the centrifuge was allowed to slow down. The findings indicated that participants were able to tolerate the experiment and they suffered very little motion sickness even if they were spinning at relatively much higher velocities.

It was also found that volunteers pedaled harder when they were spinning rather than when they were in a static mode. As per MIT researcher, Ana Diaz, this helps to ‘generate more bone’ due to the higher foot forces.

In addition the artificial gravity was able to boost the cardiovascular activity of the participants which in turn could prove to be beneficial in the long term.

As per Diaz, the centrifugal rotations could lead to vibrations on the station and thus scientists would need to develop some mechanism that can deal with this issue.

She added: “This has been done with other exercise machines in the ISS so, although the centrifuge has a higher level of complexity, this shouldn’t be a problem.”

The findings of this research has been published in the journal Acta Astronautica.