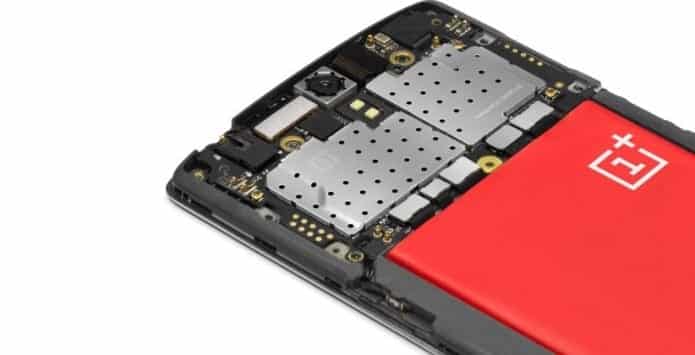 For the last few weeks, OnePlus is intensively promoting its upcoming flagship smartphone, the OnePlus 2 to stoke up interest among the customers. On Wednesday, OnePlus CEO Liu Zuohu teased the OnePlus 2 smartphone to his followers on Weibo and asked, “How to define “full metal”?” (Google Translate)

Judging on this recent Weibo post, there is a possibility that the upcoming OnePlus 2 may come with a full metal build, considering that Lau has been teasing the OnePlus 2 lately via his Weibo posts, it may not be wrong to assume he was referring to the handset.

In recent weeks, the Chinese handset manufacturer has been giving hints about its next flagship in bits. OnePlus has already disclosed that the OnePlus 2 will be powered by Qualcomm Snapdragon 810 v2.1 SoC that has reportedly overcome its heating problems. Further, the company has also confirmed that it will feature a USB Type-C port, and a fingerprint sensor that is better and faster than Apple’s TouchID sensor.

As far as rumors and leaks are concerned, the OnePlus 2 is likely to feature a 5.5-inch full HD (1920×1080 pixels) display, 3GB/4GB of RAM, 16-megapixel rear camera and 5-megapixel selfie camera. It is rumored to run on Lollipop-based Cyanogen OS or Oxygen OS in India. Leaked images hint at a possible dual-camera setup at the back, and a Bluetooth certification filing claims that the OnePlus 2 could be available in three variants.

While the exact price of the OnePlus 2 is yet to be announced, the company had earlier this month hinted that the price of OnePlus 2 would definitely be more than $322 (roughly Rs. 20,500) or CNY 1,999.

OnePlus has already disclosed that its second flagship smartphone, the OnePlus 2 will be launching on July 27 and the announcement will be made at a virtual reality (VR) event.

On Wednesday, the company revealed the pricing of its recently announced OnePlus Cardboard VR headset for the Indian market. The company is giving away free OnePlus Cardboard headsets to selected users, while it will officially go on sale later this month exclusively via Amazon India, priced at Rs 99.