NASA’s Curiosity rover, a car-sized robot adorned with cameras and environmental sensors, has provided images from Mars that shows a mysterious ghost lady walking on the red planet. The fascinating insights on Mars have come after three very productive and eventful years since it landed on August 5, 2012. Many claim this shadowy rock formation to be a female however as of now it remains a mystery.

An interactive website was recently launched by the space agency that allows you to drive Curiosity around, inspect in detail the planet’s topography and learn more about the mission of the Mars Exploration Program, which is accumulating data to help find a landing site for the Mars 2020 rover mission. In the end, this research will concrete the way to coordinate a manned mission in the 2030s. 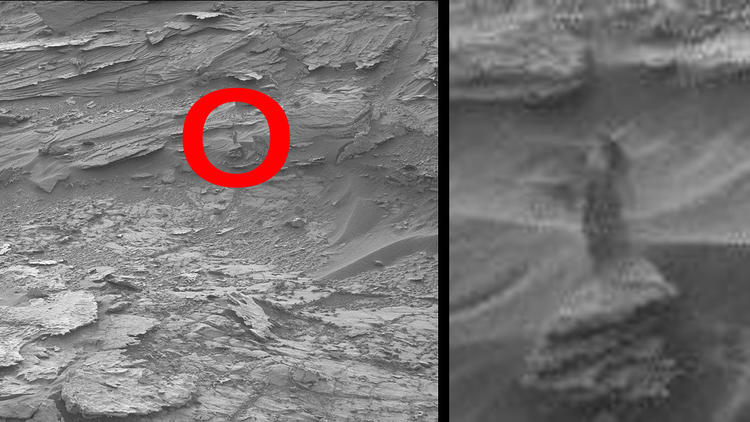 Meanwhile, people on Earth are speculating that the image actually resembles like “a woman partly cloaked.” On social media sites, she is now getting the nickname of the “Dark Lady,” and some are still trying to determine exactly what they are looking at sparking speculation about whether it’s a hoax or a visual processing error. Another nearby formation resembles a cave dwelling.

The mysterious images of the ‘Dark Lady’ comes just days after a photo of a very odd-looking “space crab” started floating around the internet. It was another picture taken by NASA’s Curiosity rover on Mars. 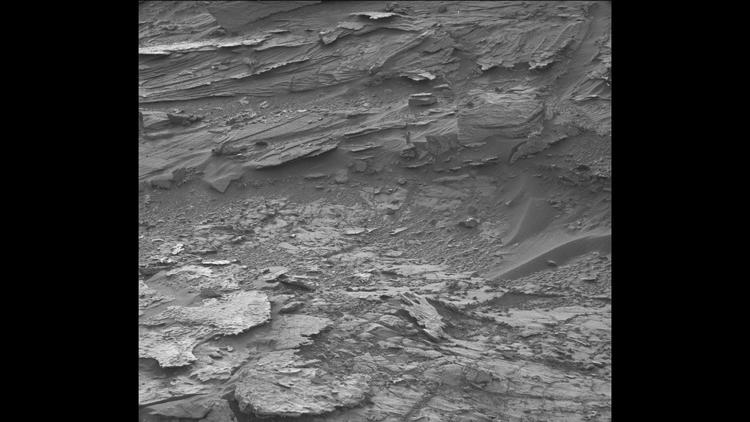 The “space crab” visions are an example of pareidolia, said Seth Shostak, a senior astronomer at the Center for SETI Research, where the brain connects illusive forms with identified objects. “Those that send them to me are generally quite excited, as they claim that these frequently resemble something you wouldn’t expect to find on the rusty, dusty surface of the Red Planet.  It’s usually some sort of animal, but occasionally even weirder objects such as automobile parts. Maybe they think there are cars on Mars.”

The mysterious looking standing woman figure on the surface of Mars may or may not be there, but the images coming from NASA’s Curiosity rover surely makes us think that it could be real.

Take a look at the footage from NASA’s Curiosity rover in the YouTube video below.