The NASA photos taken by the Mars Orbiter and the Curiosity and Opportunity rovers sparked speculations of alien life existing on the neighboring planet. While there are continuous debates wherein alien hunters and UFO enthusiasts push the idea of proof of life on Mars (and elsewhere), while NASA continues to maintain that there has yet to be confirmed proof of alien life found on Mars (or anywhere). 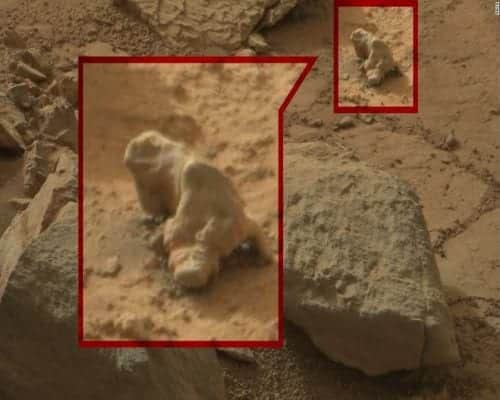 Conspiracy theorists for years have been keeping a close watch on the photos that have been transmitted back to Earth by NASA probes and “discovering” strange objects that they say proves the existence of extraterrestrial activity on Mars. For example, lizards, mermaids, petroglyphs, artifacts, jelly donuts, traffic lights, and various other somewhat recognizable objects all appears to exist together in the open dusty spaces of the red planet. 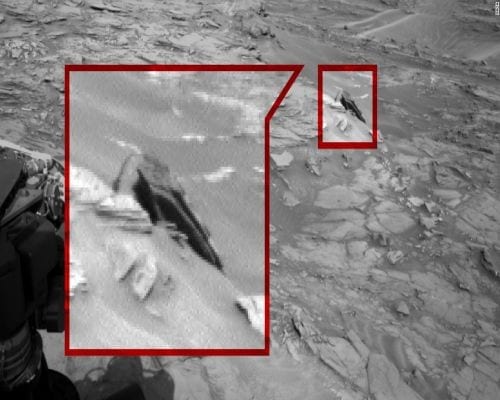 The latest arrival, where the alien hunters cited that the evidence found is that of a crashed rock shaped miniature spaceship on Mars. 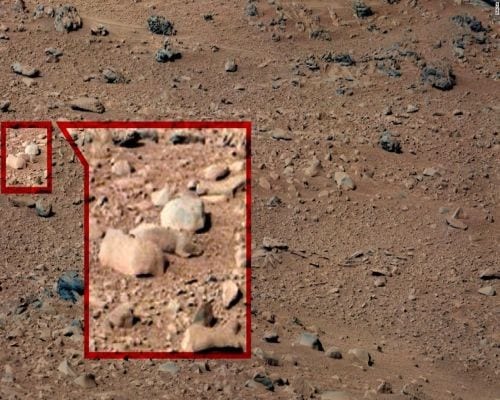 “I found this anomaly in the latest Curiosity Rover photo. The black object looks like a crashed UFO,” writes Scott C. Waring on the UFO Sightings Daily website.

The craft is only about 2.5-3 meters across, so it probably only held a few passengers. Since many of the figures we found on Mars are about 5-8 cm tall, then we can conclude that his [sic] ship could carry about 20-40 passengers.” 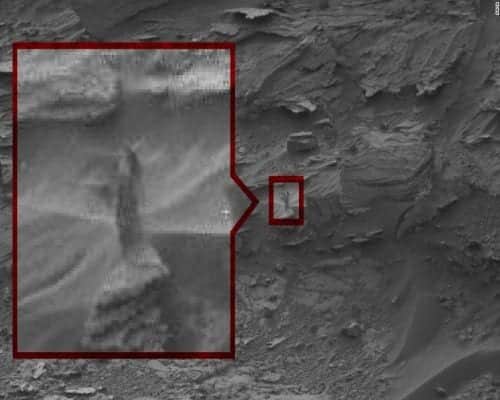 Perhaps too far sighted but not as far as the discovery of a giant Martian crab in early August or for that matter the “strange woman” appearing briefly at the Curiosity rover last month or like the levitating rock in June.

One NASA scientist says there’s a perfectly good explanation for these sightings. Speaking to CNN, Ashwin Vasavada, a scientist who works on the Mars rover project, said that much of “sightings” suggest a psychological process known as paradoleia, or the brain’s recognition as familiar objects or patterns things even though it’s not actually there. For instance, cloud-shapes, face of a man in the moon, seeing the image of the Virgin Mary in a grilled-cheese sandwich, or even a tiny woman wandering around Mars. 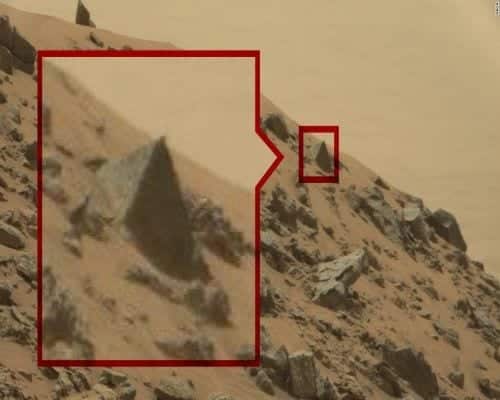 “We have color HD cameras on this rover that far exceed anything ever sent to the planet before, and yet in order to find these things that kind of trick your brain into thinking it’s a mermaid or whatever, you do have to zoom in where it’s kind of a fuzzy shadow at that point,” he added. 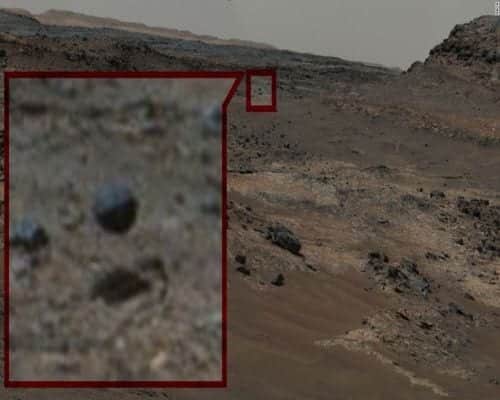 Remembering the photo of a tiny woman wandering around Mars, he said “That photo was up in a place we are studying, a place we call a ‘geologic contact’ where there is a lot of sandstone next to mud that formed at the bottom of an ancient lake.”

“Now, three billion years after that happened, little drifts of sand are following down the hill … when you zoom in and kind of look at the light and shadows, it does look like a little figure of a woman,” he admits. “But she would be a few inches tall and hasn’t moved in months, so we don’t think that’s what it is.” 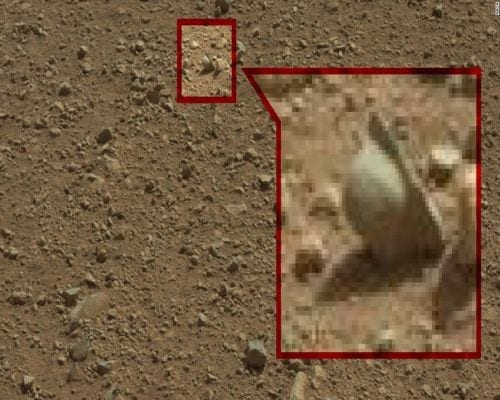 It is very interesting to see how people’s imagination work claiming the things they see in Curiosity’s photos, Vasavada says. However, his team does not take them seriously, he adds hoping that NASA will discover signs of intelligent life on Mars in the future.

In fact, many of the “alien” objects found in the photos taken by other NASA explorers and Curiosity have been quite small. Ironically, a recent study indicated for those searching for alien life, particularly intelligent alien life, when found would be quite a bit larger than the average human being.

“There is no group that would be (happier) to see such a thing than the 500 scientists around the world who work on this Curiosity rover,” he says. “So far we haven’t seen anything that is so obvious that it would be similar to what these claims are.”

“We have no evidence of Martian iguanas or rats at this time,” he says. “One of the best things we found is that Mars could support life, (but) if anything we think it’s microbial life that’s possible at this time. Things like rats and iguanas would be way further up the food chain that we think Mars may have ever gotten to.”

Just the other day, Vasavada says someone on the Internet “found a place where a meteor had struck Mars while we were there roaming, so that is pretty fantastic.”

For Vasavada, the bizarre thing about the thousands of photos taken by Curiosity is how they are not really strange at all.

“The thing that keeps coming back to me every single day is how un-weird it is, how much it looks like Earth,” he says. “It’s just fascinating that (on) Mars, even today, you can see the landscapes formed in similar ways that deserts and other places on Earth formed. It’s kind of mind-blowing.”

It is not as a overwhelmingly impressive find as a Martian; however, Vasavada recommends patience.

“We are working our way to answering what is a very difficult scientific question,” he says. “It’s unfortunately not going to be as easy as seeing a mermaid in a picture.”