In June 2013, a group of five students from Stanford University had launched an expedition to capture breathtaking aerial views of the Grand Canyon and its surrounding area via a GoPro, camcorder and Galaxy Note II launched on a weather balloon.

The five students had spent months planning to record the perfect GoPro shot before launching the helium balloon high into the atmosphere above the desert. After reaching a maximum altitude of about 18 miles, during a flight time of slightly more than 90 minutes, the equipment fell to the desert floor where it remained for about two years.

The team was using the Global Positioning System (GPS) on the smartphone to track the package, but they encountered a problem during the descent. The phone did not get reception as it returned to earth, even though it landed about 50 kilometres from the launch site in an area where it should have had coverage. As the phone plunged to the ground it lost its signal. 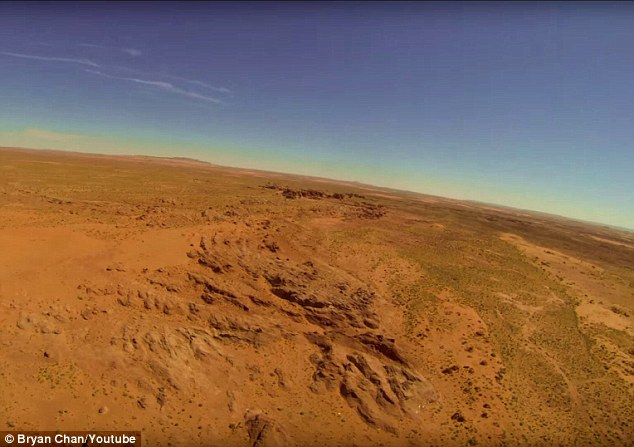 This led the team to think that the experiment was a failure, as they were not able to retrieve any information and they just assumed that it was lost forever.

However, couple of months ago, the team got a phone call from a woman who found a odd box with their names on it. All the original images and the camera was in it. The video shows the group doing flight preparations such as parachute drops and trajectory planning before showing some of the images the camera captured. The experiment was an exciting success at least in terms of snapping pictures of the earth is concerned.

“We were all moping around, making bets on when, if ever, it would be found for a while when just a couple months ago, a woman contacts us about finding a weird box with our name on it,” explains Chan.

And now, “Two years later, in a twist of ironic fate, a woman who works at AT&T was on a hike one day and spotted our phone in the barren desert”, Chan tells.

This AT&T employee was Pearl Tsosie, who was simply on a desert hike the day she came across the phone. She brought it back to the store, used the SIM card to identify the owner’s account, and immediately returned the phone to the students.

Chan who has now posted a video on YouTube wrote that the team had received approval from the Federal Aviation Administration to launch the balloon, and the cameras landed within an area the team had projected.

Watch the video below that presents a beautiful glimpse of a huge stretch of Earth from the camera on its way up and down.