Bye bye GPS, India to soon have its own position determination system

The Indian Space Research Organisation (ISRO) is developing an indigenous position determination system that will replace the American Global Positioning System (GPS) used to get the time and place information anywhere on or near the earth and will also have enhanced access in remote areas.

“We will have our own position determination system using our own navigation constellation, the IRNSS series which will be operational by middle of next year. It is a kind of replacement GPS…The US is offering the GPS navigation, IRNSS is indigenous,” said Deviprasad Karnik, the director of publication and public relations, ISRO.

It will also aid in navigation and monitoring of fleet (trucks and ships) movement, the official added.

Developed by ISRO, Indian Regional Navigation Satellite System (IRNSS) is a regional navigation satellite that would provide accurate position information to users in the country, and will be under complete control of the Indian government.

“Once the constellation is completed, we need some time to establish the accuracy part, validation and other things. The advantage is that the navigation range has been designed to span around 1,500 km radius around India,” he said.

As an example of the app-based positioning service, Karnik said, it will help in effective management of fleet movement.

“Monitoring and effective management of fleet of trucks or ship monitoring will be done through spacecraft. For example, for ships the system can inform which route will be more effective. That will save time and fuel,” he said. 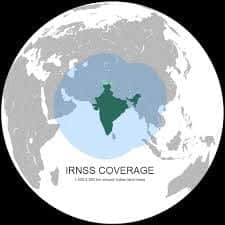 IRNSS is needed because the foreign government-controlled global navigation satellite system does not guarantee service in all situations.

The applications of IRNSS include disaster management, vehicle tracking and fleet management, integration with mobile phones, terrestrial navigation aid for travellers, visual and voice navigation for drivers, and more.

With this system, the ISRO will provide GPS connectivity to most of the rural part in India by 2016. For this mission, ISRO will be using seven satellites namely IRNSS-1A, 1B, 1C, 1D, 1E, 1F and 1G out of which IRNSS-1A, 1B, 1C, 1D are already in the Orbit. The remaining three satellites including 1E, 1F and 1G will be launched in January, February and March respectively.

Meanwhile, the ISRO organization is hoping to get the IRNSS fully operationable by next year July. Moreover, the ISRO is requesting the device manufacturer’s to incorporate the additional hardware, so that the device can receive the signals from IRNSS.

As per the official, the so-called IRNSS will provide location accurately to almost 20 meters. This data from IRNSS can be used in all the devices, which supports the additional hardware.

“Both these L and S band signals received from seven satellite constellation of the IRNSS are being calculated by special embedded software which reduces the errors caused by atmospheric disturbances significantly. This in turn gives superior quality location accuracy than the American GPS system”, said a senior ISRO official in an interview.

ISRO also aims to make signals available not only to India and surrounding countries but also to the entire globe, said ISRO Chairman Kiran Kumar. “As we make it global, global users will be able to take advantage. Otherwise, now only regional users can take advantage of IRNSS”, he added.
https://www.indiatimes.com/news/india/say-goodbye-to-gps-india-s-all-set-to-switch-to-the-desi-navigation-system-called-indian-regional-navigation-satellite-system-irnss-248186.html

ISRO Will Soon Give India Its Own Position Determination System. And It Will Be Better than GPS.