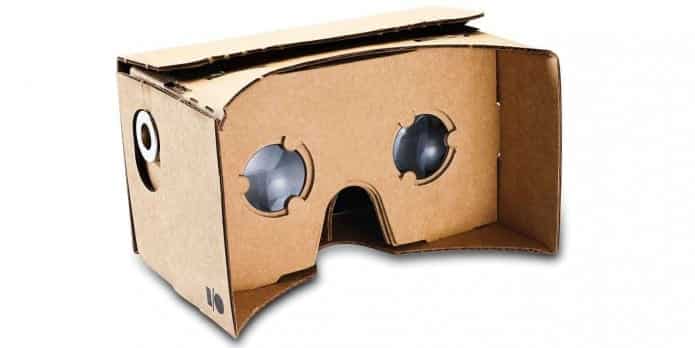 Google’s Cardboard division on Wednesday announced that it is updating the platform’s SDK to allow developers to integrate “spatial audio” into their apps, so that you can create equally immersive audio experiences in your virtual reality (VR) apps. All you need is a smartphone, a pair of headphones, and a Google Cardboard viewer.

“People tend to focus on visual quality in VR but audio is just as important,” says Nathan Martz, product manager of Google Cardboard. “The way people tend to do 3D audio is a pretty simple approximation…you don’t have the right audio cues.”

By utilizing Thrive Audio, which Google acquired last year, Cardboard developers now have the tools to create more accurate audio experiences that go beyond traditional left and right channels; now developers can use top, left, right, bottom, back, and everywhere else. Combined with the visual experience, the use of 3D audio will help complement what developers are attempting to achieve.

Spatial audio support will allow the user to hear the sound like the way real human ears do. So, if a person is listening to birds singing, then it will be above him/her. It will combine “the physiology of a listener’s head with the positions of virtual sound sources to determine what users hear,” said Martz.

It will let users, “specify the size and material of your virtual environment, both of which contribute to the quality of a given sound… a conversation in a tight spaceship sound very different than one in a large, underground (and still virtual) cave,” he said.

The addition of spatial audio will have “minimal impact on the primary CPU”.

“People tend to focus on visual quality in VR but audio is just as important,” Martz said. “The way people tend to do 3D audio is a pretty simple approximation…you don’t have the right audio cues.”

Google Cardboard does work with one major limitation—your smartphone. Cardboard only needs the user’s smartphone to activate the VR experience. Martz says that Cardboard’s new tools will do all the processing on a secondary CPU, which means that the developers don’t need to cut away precious visual fidelity from their VR creations, so most phones will be able to take advantage of the new audio upgrade. In comparison, the $600 Oculus Rift requires a PC with high specifications to power its VR experience.

However, Martz says managing sound resources is where future VR audio improvements will be made. “We’re looking into how to capture more realistic soundscapes at a lower CPU cost,” Martz says. “There’s interesting techniques on the graphics rendering side…we’re wondering if there’s an audio equivalent to that.”

Google Cardboard already offers plenty of fun content, from Spotlight Stories to 360-degree on YouTube, and now it’s just a matter of time that the developers start using these new tools to make the sounds we hear just as important as what we see.

You can give Google Cardboard’s new audio superpowers a test run with its Android-only test APK. Obviously, headphones are a must.