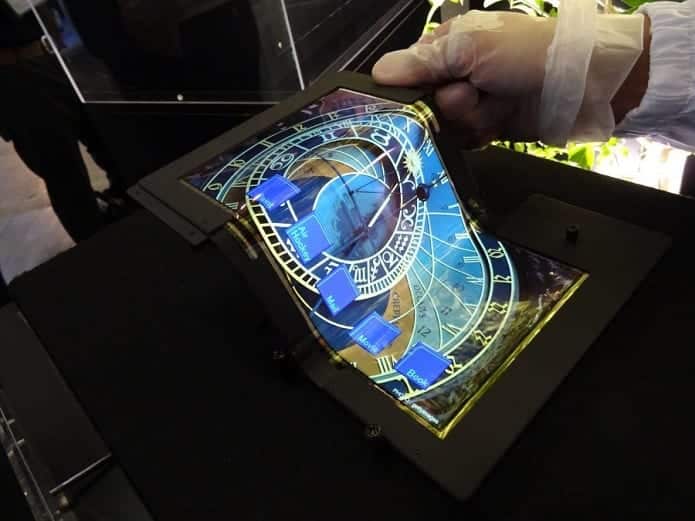 Sorry guys, looks like you will get to own a foldable electronic display only from next year

After Samsung unveiled its first ever smartphone with a curved edge display called Galaxy Note Edge, followed by LG showcasing its flexible OLED displays during the 2016 CES trade show (LG also put them on display during last year’s trade show but sadly it will take a while before they reach the market), it is time that we finally witness the dawn of a new form of smartphones; those that feature foldable displays. While foldable displays were expected to roll out this year, the latest report from IHS states that the very first iteration of foldable display tech is not going to roll out till 2017.

It is disappointing to hear that we will not be getting to witness a new form of a display, Kevin Wang, the Research Director for China has stated that while manufacturers have made good on their promise to deliver the first ever foldable display smartphone on the planet, practical implementations of this particular technology will force these manufacturers to roll out the first ever product during 2017. Currently, Samsung and LG happen to be the leading the pack of the largest display manufacturers, although we have heard nothing from LG’s side.

The only thing we have heard about is Samsung’s Project Valley, which involves a foldable display and opens and closes much like a book. Naturally, since foldable displays will be very new, they will also carry a bigger price tag, but as they become popular, we are confident that their pricing will eventually be reduced. For now, we will waiting for future updates regarding this and hope to keep you in the loop as well.

Are you excited for a foldable display smartphone? Let us know right away.