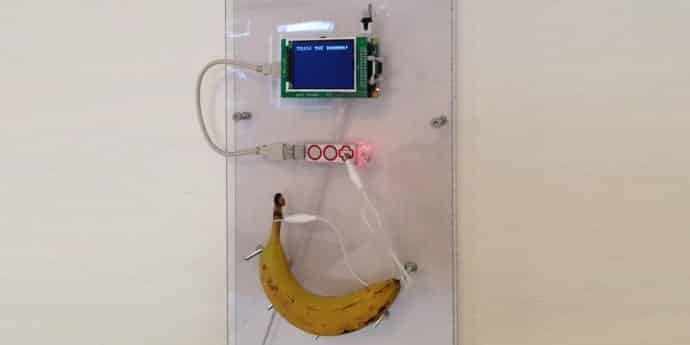 Gooey Wi-Fi : You can only access this Wi-Fi by squeezing a banana

The contraption is designed by Danish network engineer Stefan Milo and made by wiring a piece of fruit to a Makey Makey board and a Raspberry Pi mounted on acrylic glass. According to Milo, the cost of this contraption is $100 but the fun it provides to guests is immense. 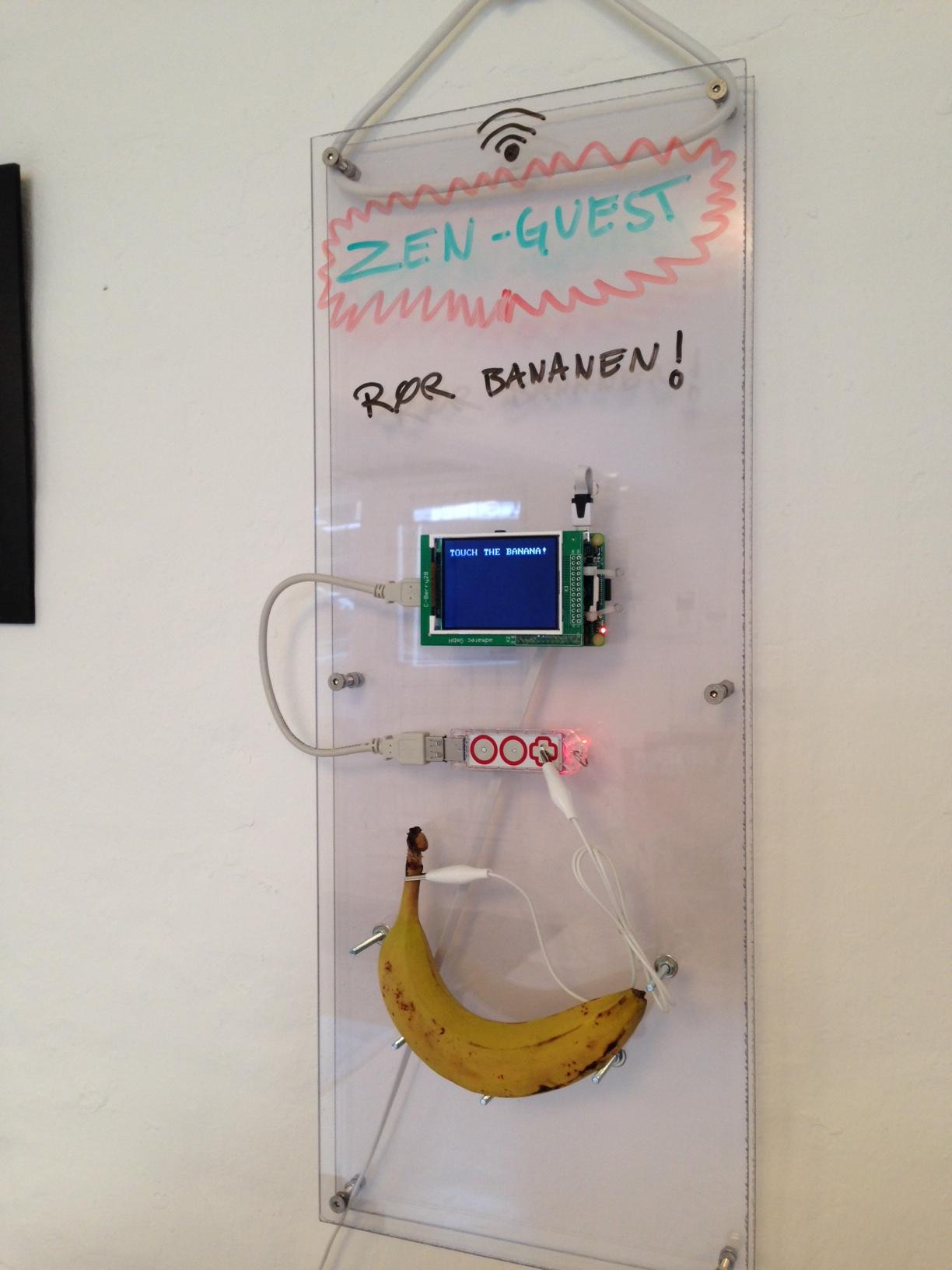 The Register notes that this is perhaps the most novel way of accessing Wi-Fi. Milo told The Register that most offices normally have a ticket-based system that physically prints a code unique for each visitor. Guests have to get the unique code needed for accessing Wi-Fi network.

“When you go to $corp, and the receptionist hands you a small piece of paper that someone printed out on an A4, and then spent time on cutting out into small pieces, I cringe,” he explained. “Even if you have a small voucher printer, it still involves the receptionist, installing of the printer, support when the printer driver effs up etc. And it still involves paper – what is this? 1999?”

Exasperated at what he saw, Milo decided to design his banana squeeze novel way for accessing Wi-Fi. The gadget is based on a simple bash shell script on Raspberry Pi. When a banana is pressed by the guest needing the Wi-Fi password, Milo’s script is triggered via the Makey Makey board. This activates the Raspberry Pi which will then show the key on its monitor. The user then enters that key as their guest login credential.

Milo told The Register that his banana contraption will be able to serve only five guests a week, but with a simple expansion of the voucher file (and regular banana changes), the setup could run for years on end, accommodating thousands of office guests.

“It’s important to me that tech is useful,” he said, “but if you can put a smile on peoples’ face while they’re using it, then I’m a happy packet-pusher.”