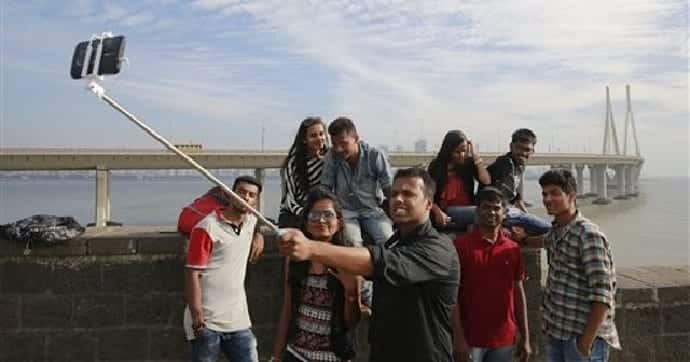 5 Tourists Fall Off Cliff While Clicking Selfie In Goa, 2 May Never Be Able To Walk Again

‘Selfie’ is one contagious disease which arrived with the launch of camera equipped smartphones. The more powerful front camera’s the more deadly this selfie business is turning out to be.  We have had a Russian teen fall of to his death while attempting a extreme selfie while falling from a roof.

These 5 tourists to Goa dont fare any better. Clicking selfies turned out to be a nightmare for five tourists who fell off the cliff at Anjuna village in Panaji, injuring all of them. Of the five tourists, two of them are seriously injured.

The Goa police have already requested for a sub-divisional magistrate to take down the statement of two women who were seriously injured in the incident and admitted to hospital.

Police said that the five persons fell off the cliff on February 22 as they attempted to click a selfie by leaning on the railing, the gate of which duly opened.

The incident happened near the hillside cottages, which was the place of residence for the tourists.

“Two women fell on their back on a stone and are currently admitted in a private hospital. The doctors have said that they might be paralysed for life,” police inspector Paresh Naik told PTI today.

As for the other three, they were discharged after being administered primary treatment, he said.

“The family members of the two women have refused to file any formal police complaint, but we have requested sub- divisional magistrate to record their statements,” Mr Naik said.

Police declined to disclose the names of the women, but said that all those injured in the incident are in their late 20s.

It appears that the selfie craze has gone very awry in India. At least 27 “selfie-related” deaths that have occurred around the world last year, about half of them have taken place in India, reports The Washington Post. Indians were killed by an oncoming train, falling off a cliff, falling into a canal, falling out of a boat, and drowning in the sea while taking selfies. In September, while taking a selfie a Japanese died after falling down the steps of the Taj Mahal.