Man develops a printer which can print 3D concrete castles

In August 2014, Andrey Rudenko of Minnesota had managed to garner lot of media attention for designing and printing the world’s first 3D printed castle. The miniature castle that was printed in Rudenko’s backyard just proved that it is only a matter of time before 3D printing became a mainstream method of construction.

It has almost been two years since then when he first thought of designing a 3D printer that was capable of constructing homes. His vision of a 3D printer was that of a light, portable and stable machine. 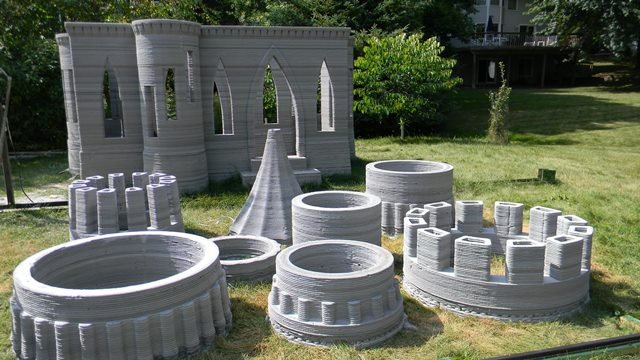 To start with, Rudenko built a small 3D printer that used plastic for its main material. He then started carrying out trials on expanding the printer and using variants of cement mixes. Layering cement was a very difficult task- it required extensive tuning of the printer on a programming level, as well as using accurate quantities for the cement mix. 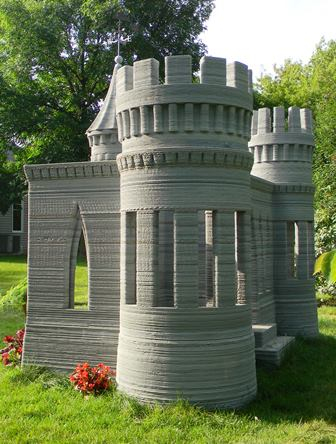 However, it was no easy task for Rudenko when he tested the printer. He faced a lot of problems such as the clogging of the extruder clogging. He further discovered that the printer can print much more than 50cm a day as he originally thought. He was able to adjust the machine so that it prints almost perfect layers. He also toyed around with different heights and widths of the cement layers. While his current standard is 10 millimetres in height by 30 millimetres in width, there are several other options that are available with just the click of a button. 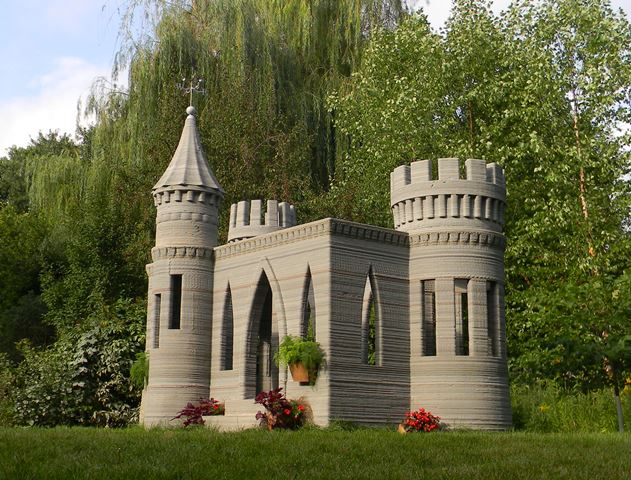 Finally, Rudenko’s two year long journey paid off with him finishing the world’s first 3D Printed Concrete Castle and making it stand on its feet.

Rudenko depended on his own resources, as he wanted to start the 3D printing of the castle model early. While there were people who were sceptical about this project’s progress, Rudenko, on the other hand, got lots of invaluable input and support from individuals of the RepRap community. 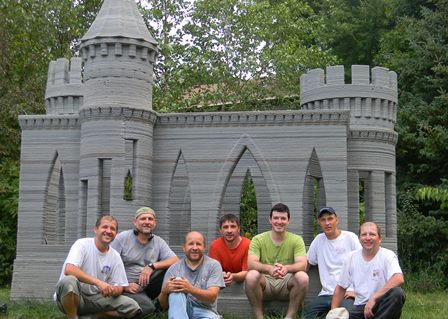 Currently, Rudenko is in the process of redesigning the printer based on the lessons learnt and to ensure that the upgraded printer is ready for the new project. His goal is to print 24 hours a day until the project is finished. He also has plans to print the structure in one piece. In addition, he has also found a way to print a roof; however, the material that he would be printing with can be used only in warmer climates for now.

Rudenko’s next project is that of a real full-scale liveable house. If any individual or company is interested in owning the first house of this type built with the newest 3D technology and ready to provide abundant funds to completely cover the project and all its expenses, can contact [email protected] for any questions, suggestions, and offers. Also, interested architects, designers, and software engineers experienced in 3D tools who wish to collaborate with Rudenko can contact him at the aforementioned email address.

Finally, his website www.totalkustom.com is also live. People can drop in suggestions or updates on the 3D printing progress, as well as can be used as a posting wall for new ideas and findings.