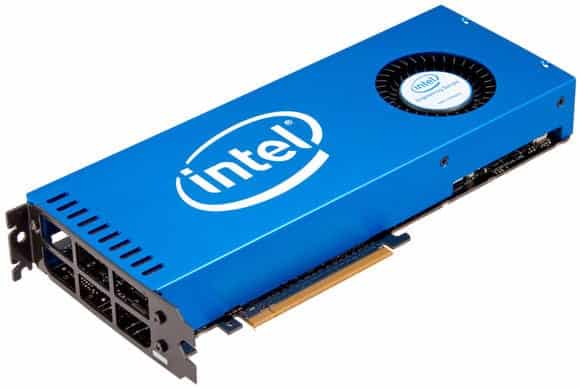 With desktop computing getting more and more powerful (and downright expensive as well), Intel has also took it upon itself to place powerful hardware inside computer chassis. On this occasion, we have the Colfax Ninja desktop computer which features a 72-core Knights Landing processor, which according to Intel, happens to be the fastest chip in the world right now. The chip can either be used as a primary CPU, or as a coprocessor to tackle all the graphically intensive tasks which GPUs are able to handle.

Coming to the pricing of the desktop computers, the ‘Ninja Developer Platform Pedestal’ carries a price tag of $4,983 and features a 240GB SATA SSD, a 4TB hard drive, and 96GB of DDR4 memory. The price can easily shoot up to $7,577 but you will be getting a 1.6TB SSD and two 6TB hard drives. You also get a liquid-cooling system that will include multiple PCI-Express 3.0 slots and two gigabit Ethernet ports.

The third model coming up carries a price $19,703, with the workstation featuring a 240GB SSD, 4TB hard drive and 96GB of DDR4 memory. The price will immediately go up to $25,581 and comes with a 1.6TB SSD and two 6TB hard drives. Additionally, it will also have multiple PCI-Express 3.0 slots, and storage can be hot-swapped in 12 hard drive bays. 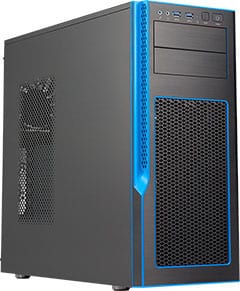 CentOS 7.2 Linux will come running out of the bat on these desktop computers. Windows is not recommended, since Intel has stated that the 72-core chip might not be compatible with the operating system. These current models are much more powerful compared to the workstations introduced from Dell, HP and Lenovo come with Intel’s new Xeon E5-2600 v4 chips, which have up to 22 cores.

While the hardware configuration is something that will make a gamer’s dream come true, these expensive machines are for researchers who want to write and test applications before deployment on supercomputers with Knights Landing. Unfortunately, desktops with CPUs and GPUs are still a safer option for conventional applications and games have not been made to utilize all 72-cores of the chip.