Will Google Sue ‘Sue Googe,’ who is 2016 Republican candidate for Congress

Take a look at this image : 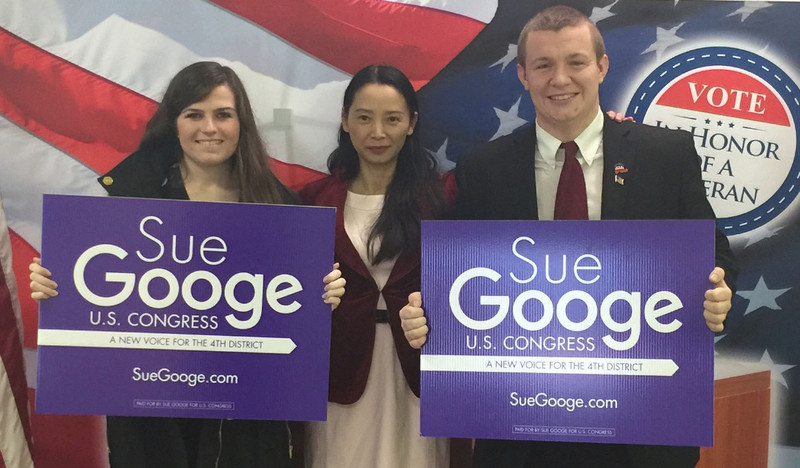 Even before you notice anything else you can easily take the image as being that of Google. Sue Googe is a 2016 Republican candidate for 4th Congressional District of North Carolina in United States Congress. Nothing wrong in having that surname but the way she is using it in her promotions clearly makes it look like Google logo. The similarity does not end there, even the font she uses is identical to Google’s bespoke sans-serif typeface.

This is Google’s logo as of its September 2015 redesign:

Now, comparing this with Sue Googe’s campaign signs will surely raise some eyebrows at Menlo Park headquarters of Google. 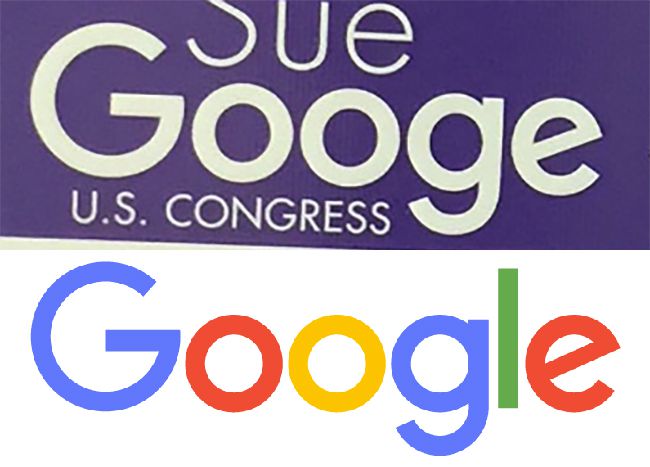 If indeed Google thinks anything is amiss we are likely to see a mega lawsuit against Sue Googe and Donald Trump’s Republican Party.

We are reaching out to Google for their comments on the issue.