Magic mirrors is something that we have seen quite often but this time, its Microsoft that is going to be placing its OS on a mirror, but with a twist. One of the things that the company has done well is added some personalization through the company’s facial recognition software. With huge monetary resources at its disposal, we cannot see why Microsoft will not be able to pull this off.

However, when creating a product, it is always a good idea to employ lower costs so that the end product will become affordable for the masses. According to Microsoft, the whole setup is low-cost and can be assembled by anyone and when we say anyone, we actually mean someone who has had some experience prior to being actively around these projects. 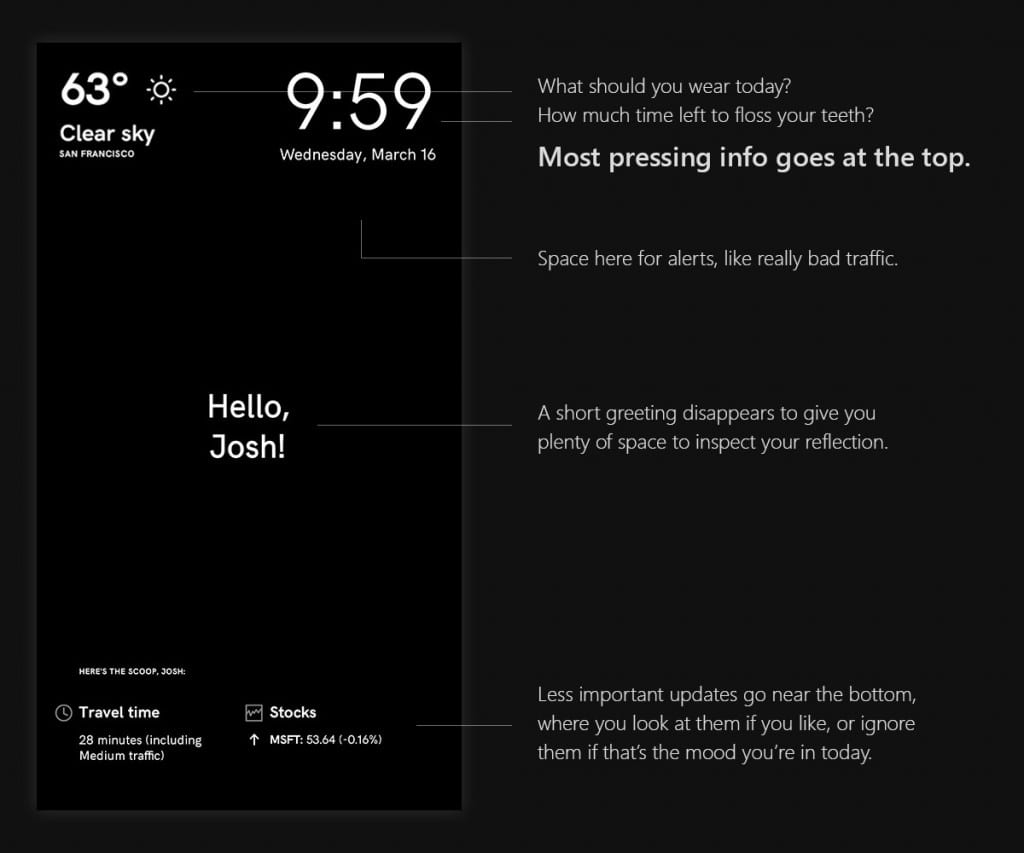 We have to admit that the cleverest thing Microsoft has done with this Magic Mirror is possessing the ability to identify your face. After setting up and identifying a user based on the person’s unique facial construction, the mirror will then proceed to display the user’s name and preferred set of data on the screen.

For those who believe that they can provide a much better solution, Microsoft has already made its API open source in its ‘Microsoft Cognitive Services’ so you can go nuts with it. Microsoft has not said anything about a product that is going to be sold to consumers but let’s hope that it will come soon enough.