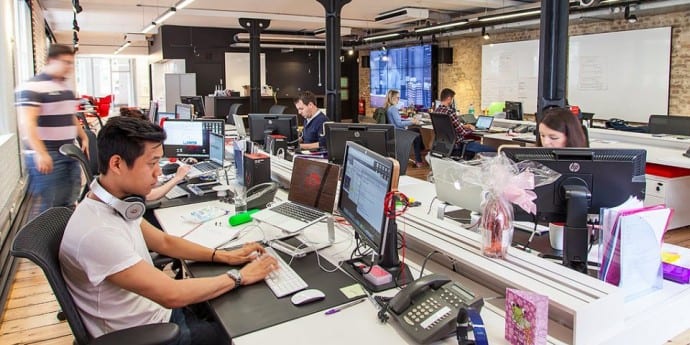 10 Highest-Paying Tech Companies In America For 2016

Looking to work for a tech company that offers a lucrative salary? Here’s a cheat sheet based on Glassdoor’s list of the highest paying US tech companies in 2016.

Several companies are offering employees lucrative salary of six figures, if you work at a technology or consulting company, according to online employment company Glassdoor.

The company has compiled a list of the 10 highest-paying tech companies in the U.S., based on the highest median total compensation packages, which includes base salary and other forms of compensation, such as commissions, tips and bonuses. Only companies with at least 50 salary reports during that timeframe were considered.

“This report reinforces that high pay continues to be tied to in-demand skills and higher education, which in turn, is why we see several companies on this list among the consulting and technology industries,” Glassdoor’s Chief Economist Andrew Chamberlain said in a press release.

“Salaries are sky-high at consulting companies due to ‘barriers of entry’ in this field, which refers to employers wanting top consultants to have personal contacts, reputations and specialized skills and knowledge,” Chamberlain added. “In technology, we continue to see unprecedented salaries as the war for talent is still very active, largely due to the ongoing shortage of highly skilled workers needed.”

A.T. Kearney is a global management consulting firm that focuses on strategic and operational CEO-agenda issues facing businesses, governments and institutions around the globe.

Strategy& is a global strategy management consulting firm that was acquired by PricewaterhouseCoopers in 2014. It formerly went by the name of Booz & Co. The firm is active in a broad range of sectors, including Energy, Healthcare, Financial Services, Chemicals, Telecommunications, Automotive, Aerospace, Media, Technology and Fast-Moving Consumer Goods (FMCG).

Google’s profits are largely derived from AdWords, an online advertising service that places advertising near the list of search results. Tech giant Alphabet is the new name for Google’s holding company.

VMware is a global leader in cloud infrastructure and business mobility. The publicly traded company makes it possible for customers to rapidly develop, automatically deliver and more safely consume any application.

Amazon Lab126 is a research and development subsidiary of Amazon.com. Lab126 was started in 2004 and has produced hardware and software for Amazon’s devices, including Fire HDX, Kindle Voyage, Amazon Fire TV and the Amazon Fire phone, according to its corporate overview on Glassdoor.

The Boston Consulting Group (BCG) is an American worldwide management consulting firm, which advises clients in the private, public, and not-for-profit sectors around the world.