Internet users are baffled by this optical illusion – can you work it out?

An illusion created using “ambiguous cylinders” has had hundreds of thousands of people baffled since it appeared on YouTube in recent days. The image above is a detail from an entry in this year’s Illusion of the Year contest.

This remarkable illusion was developed by one Kokichi Sugihar, a professor at Meiji University in Japan. He came second in the contest, which is organised by the Neural Correlate Society, an organization that “promotes scientific research into the neural correlates of perception and cognition.” 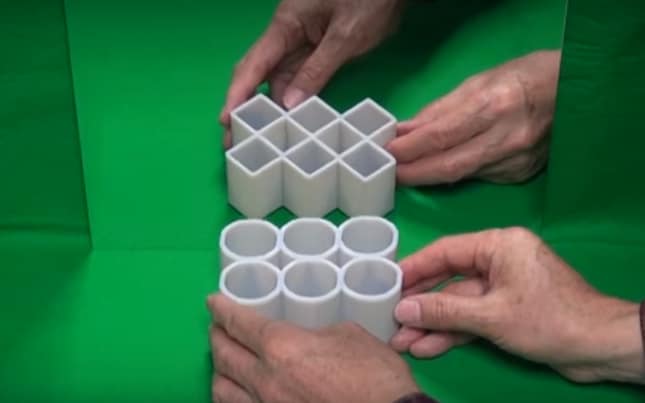 So how does it work? The professor discovered that the objects aren’t circles and they’re not squares either. He explains: “The direct views of the objects and their mirror images generate quite different interpretations of the 3D shapes. 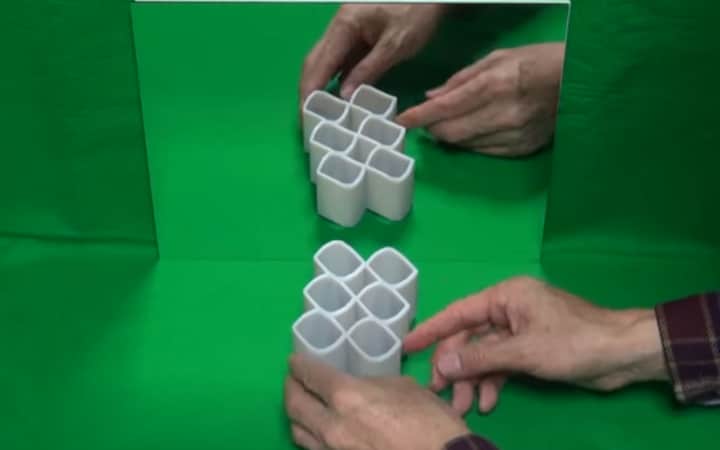 “We cannot correct our interpretations although we logically know that they come from the same objects.

“Even if the object is rotated in front of a viewer, it is difficult to understand the true shape of the object, and thus the illusion does not disappear.”

The optical illusion is the latest image to get internet users’ brains working tirelessly in recent weeks.

This misleading image went viral after it was shared by Manchester-based Facebook user Arron Bevin, who wrote: “This is one of the best optical illusions I’ve seen. If you see it, don’t spoil it!!!!! Just like n [sic] share!!! Took me a good 5 minutes.”