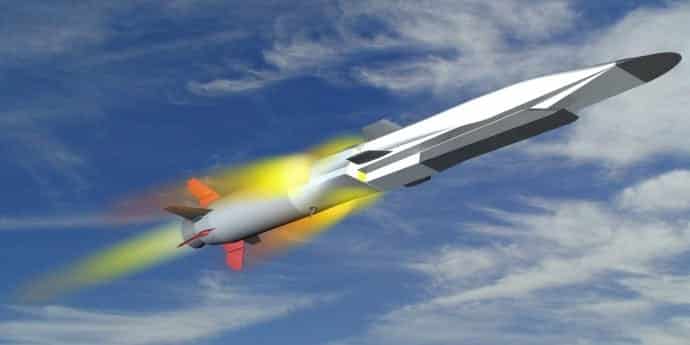 The Defense Ministry in Russia is developing a nuclear-armed bomber that is able to fly anywhere in the world within two hours and could launch attacks from space, reports the Russian state media. A prototype aircraft is under development and is expected to take flight within the next half-decade, following recent successful tests of a prototype engine.

“Right now we are reviewing the [craft’s] nuances, which will take approximately one year,” said Sergei Karakayev, commander of Russian Strategic Missile Forces. “Once we agree on the plans, we will start building the engine itself. In the second year of development — 2018 — we will build the hardware. Perhaps I am rushing things, and some issues may arise, but by 2020 we should have a fully-functioning product.”

Called the PAK-DA strategic bomber, the hypersonic aircraft – which will be invisible to radar – will be armed with a special hybrid Turbofan engine, making it capable of low-level space flight. The bomber will burn traditional kerosene fuel when flying inside the earth’s atmosphere. However, once in space, the engine switches to methane and oxygen which allows the PAK-DA to fly without air. This explains how it would be able to fly in an atmosphere where air isn’t exactly in ready availability.

It will require two types of engines to run these two fuel types — one engine for the airplane and the other for the spaceship — which will be combined within the bomber’s engine setting.

The aircraft has been designed to take off from regular airfields and travel to space to deliver supplies to an international orbit station, including hypersonic missiles with nuclear capabilities. Before returning to base, it will be able to launch attacks on targets from there.

Currently, Russia, China and the U.S. are involved in a new arms race intended at developing hypersonic aircraft and missiles, which are able to reach five times the speed of sound.

Russia’s PAK-DA is being developed by the Tupolev Design Bureau, designers of the infamous Tu-95 ‘Bear’ strategic bombers that have been spotted flying close to British airspace in recent months.

General Sergei Karakayev, commander of Russian Strategic Missile Forces, said that a model for the engine had already been built and tested at Russia’s Military Academy in Serpukhovo.

Russia’s Central Aerohydrodynamic Institute is also said to be involved in the bomber’s development to help ensure it is capable of flying at hypersonic speeds. The engine of the PAK-DA is expected to be showcased during September’s International Military Technology Forum in Moscow.

However, Russia’s Defense Ministry has said that reports regarding its development of a stealth bomber capable of launching nuclear attacks from space had been “misinterpreted” by the state-run press.

In a statement issued to Tass.ru, a ministry spokesperson said that while Russia is developing advanced jet engines capable of space flight, the idea that a bomber would be able to launch a nuclear strike from space was “hypothetical.” It could be that the engine is real, and that a space bomber was a hypothetical use. Or, the bomber and engine are real or maybe not. Whatever be the case, we will find out in September.