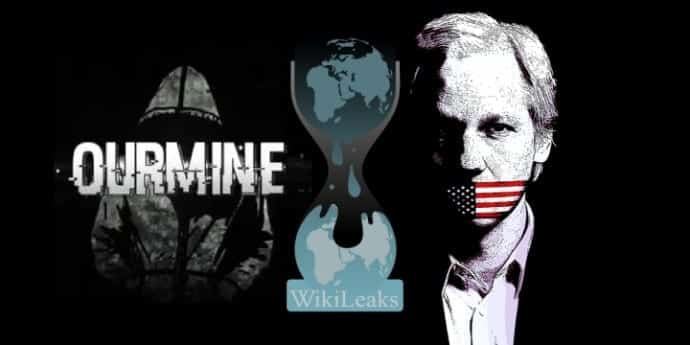 Impersonate Sunder Pichai and Mark Zuckerberg, get us information and help the world says WikiLeaks to OurMine hackers

When WikiLeaks was DDoSed by OurMine, it told the hackers instead of wasting time by DDoSing us, impersonate Google CEO, Sunder Pichai and Facebook CEO, Mark Zuckerberg. WikiLeaks told OurMine hackers that they can do better good for the world by stealing vital information about Google and Facebook to help create a better world.

After the DDoS attack, WikiLeaks reached out to OurMine, the exchange between the two was leaked by Buzzfeed. In screenshots, the person speaking for WikiLeaks advises OurMine on obtaining information by impersonation. Wikileaks said that OurMine should have impersonated their previous targets, including Zuckerberg and Pichai, instead of attacking their site, calling it a “huge waste”.

As the exchange continued, the WikiLeaks representative suggested that OurMine should have used information obtained by impersonating their target in order to sell it to WikiLeaks.

WikiLeaks told OurMine hackers that the information could be used to expose corrupt business practices in Facebook and Google. As OurMine rep agreed to the idea and now we can look forward to some leaks on WikiLeaks source from OurMine hackers.