Leaked reports from Geekbench suggest that the Blackberry Mercury could come with a 2.02GHz Qualcomm Snapdragon 625 processor along with Adreno 506 GPU, 3GB RAM and Android 7.0 Nougat. While no other specs have been confirmed in the Geekbench listing, the rumours do suggest that the smartphone may have a 4.5 inch screen with 3:2 aspect ratio of Full HD display, 32GB of internal storage and 3400mAh battery. The rear-facing camera is expected to be 18-megapixels while the front-facing may be 8MP. It’s also been said the Mercury will be the next BlackBerry device to come with a physical QWERTY keyboard.

The BlackBerry Mercury will be the first BlackBerry gadget to originate from the collaboration with Alcatel. The Mercury will be produced by TCL Corporation, which owns the Alcatel brand and is responsible for making the DTEK50 and DTEK60. Blackberry had earlier announced that it would quit making hardware equipment for its smartphones and would only be giving the software. 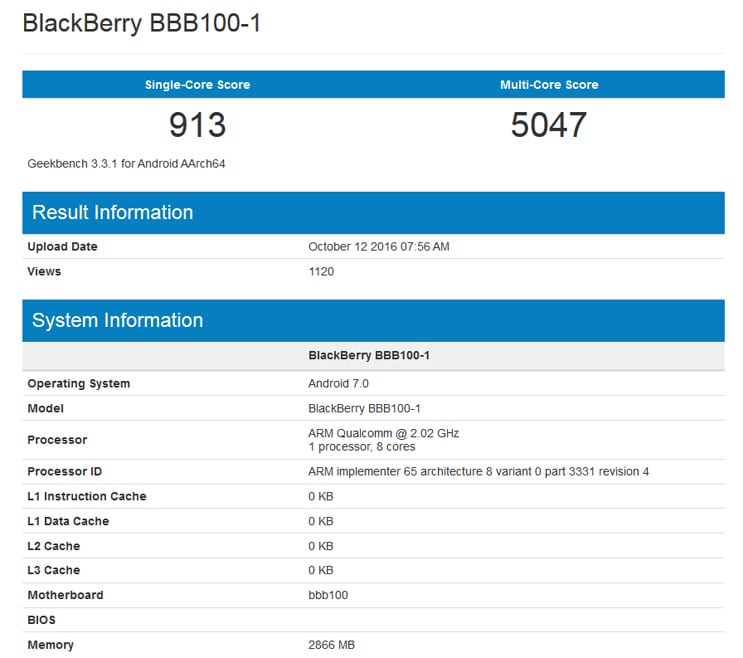 It’s unknown when the BlackBerry Mercury will be announced or released. Are you excited for the BlackBerry ‘Mercury’? Do let us know what you think about the smartphone in the comments section below.