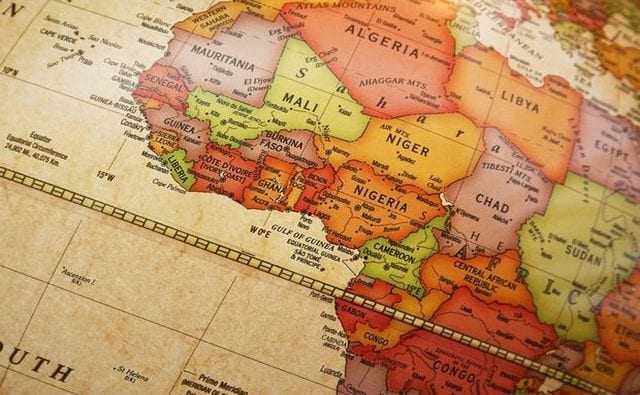 Experts have been arguing about how hackers are conspiring to bring down the entire Internet infrastructure and plunge the world into ‘cyber darkness.’ Such a scenario has been actually predicted by a security researcher, Bruce Schneier. In fact, Schneier says that some unknown entity is already working on bringing down the whole Internet.

This was proved when a cyber attack against Dyn DNS provider, which brought down the Internet to the entire Mid-West and the Eastern United States on 21st and 22nd October and now hackers have managed to bring down the Internet services to the African country of Liberia.

An unprecedented cyber attack has knocked entire Liberia’s internet offline, as hackers targeted the nation’s infrastructure using the same Mirai botnets that shut down hundreds of the world’s most popular websites at the end of last month.

The attack, which is the same used to shut off sites including Twitter, Netflix, eBay and Reddit, fuels fears that cyber criminals are practicing ways to sabotage the US’ internet when the country heads to the polls on November 8.

Hackers used Botnet 14, a Mirai botnet, knocked an entire Liberian Internet offline. Though the task for the hackers was easy considering that Liberia has a population of about 4.5 million and only 10 percent of these have Internet access which is provided by two Internet service providers using a single optic fiber cable.

Security researcher Kevin Beaumont made a post on Medium detailing the Liberia hack attack and Mirai Botnet 14. He says that DDoS attack against the Liberian ISPs was one of the largest ever recorded. The attacks were launched in short bursts of few minutes, over the course of a week.

For those who missed it, Mirai botnet 14 starting communicating to us yesterday, along with continuing to hit Liberia. pic.twitter.com/Oq0uQNs4MT

Beaumont has called the botnet Shadows Kill as warns security researchers before going in for the kill. “Over the past week we’ve seen continued short duration attacks on infrastructure in the nation of Liberia,” says K Beaumont “The attacks are extremely worrying because they suggest a Mirai operator who has enough capacity to seriously impact systems in a nation state.”

No one has yet claimed responsibility for the Liberia attack or the one against Dyn, but they are very similar in nature, according to experts.

“Given the volume of traffic, it appears to be owned by the actor which attacked Dyn,” said Beaumont.

The source code, or instructions for how to use, the Mirai botnet was released online earlier this year and is free to use for anyone with the technical understanding.  It remains to be seen what will be the next Mirai botnet ahead of the November 8 Presidential Elections and the busy holiday season.