Recently, the yesteryear king of smartphone market, Nokia launched a mid-range Android smartphone known as ‘Nokia 6’. Nokia 6 can now be pre-registered, as it will go on sale from January 19th, 2017 in China. Now, rumors of Nokia launching a Nokia 8 or Nokia Supreme as their flagship device at MWC 2017 on February 26th are doing the rounds.

The Nokia 8 is HDM Global’s flagship, so it will be equipped with latest 2.0 GHz octa core Qualcomm Snapdragon 835 processor, which was recently launched at CES 2017. The flagship device is said to sport a 5.7-inch QHD Super AMOLED display with a resolution of 2560×1440 pixels. It is expected to house a flat display instead of a curved one. It will come in two storage variants: one with 64GB and another one with 128GB of in-built storage and Adreno 530 GPU. Both can be further expanded up to 256GB with a MicroSD card.

The device will run on latest Android 7.0 Nougat right from the box. In terms of software, the handset will reportedly sport an improved version of Nokia’s predictive Z-Launcher — a newer version – than the beta available in the Google Play app store, apparently higher than the very latest version of Android 7.0. 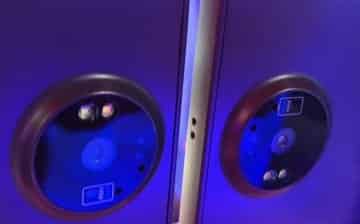 HMD will also launch a slightly cheaper version of the Nokia 8, which will be powered by a Qualcomm Snapdragon 821 processor instead of the Snapdragon 835 chipset.