Nokia could develop foldable smartphones in future, according to patents

A patent that was filed by the former king of mobile phones, Nokia way back in 2013 for a “Foldable device” and granted by the US Patent & Trademark Office (USPTO) in September 2016, has been uncovered by Phonearena. 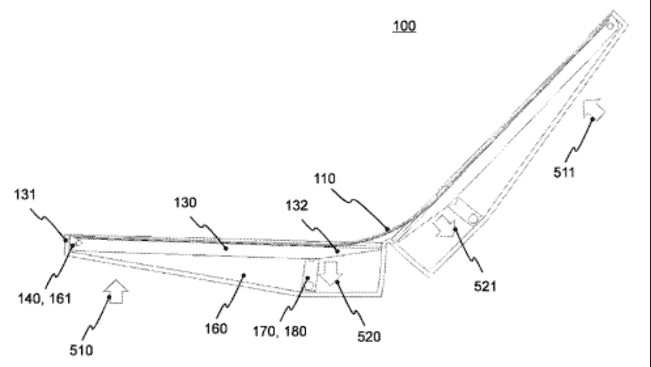 Similar to a foldable pocket mirror, the patent images show that the device has two parts with a hinge connecting them in the middle and a single display screen running along them, the screen would bend when the device is closed. The patent describes it as a pocket-size device with a compartively large display.

According to the patent description, “[i]n this way it is possible to provide a pocket size device with a relatively large display (for example, a 6, 7 or 8 inch display or larger).”

The patented device features a locking mechanism that keeps the two parts together, similar to that of some laptop computers.

Apparently, Nokia had been filing patents for cruder and simpler versions of the ‘foldable technology’ since 2005, so there are chances that we might not really see a Nokia-branded foldable smartphone anytime soon. On the other hand, Samsung, Apple, and LG are rumoured to be working on the same technology like Nokia. So, it would be interesting to know how the former mobile king plans to compete with other handset maker when time comes.