Google Go has been named the programming language of the year for 2016, according to the TIOBE Index.

For those unfamiliar, TIOBE maintains a monthly updated list of the world’s most popular programming languages and uses the number of skilled engineers worldwide, courses, and third-party vendors available to calculate its ranking. It also uses popular search engines to calculate the ratings.

Go is a free and open source programming language that “makes it easy to build simple, reliable, and efficient software”.

In 2016, Go gained the most popularity with “hardly any competition”, TIOBE said.

“The main drivers behind Go’s success are its ease of learning and pragmatic nature. It is not about theoretical concepts such as virtual inheritance and nomads, but about hands-on experience.”

The PYPL Index also indicated growth for Go, with it achieving 0.2% in market share over the year.

This past year saw two languages make their debut on the index, Crystal at position 86 and Kotlin at position 87, stated TIOBE.

It further stated that TypeScript was also showing an increase in popularity and is “very popular in the commercial industry”.

Top Programming languages you should learn in 2017

Google Delays Removal Of Third-Party Cookies In Chrome Until 2023 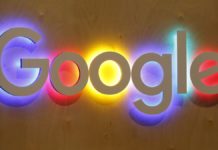 Russia Orders Google To Delete Illegal Content Or Be ‘Throttled’