Facebook is reportedly testing a feature that would allow its users post reactions to private messages, according to TechCrunch. The Reactions tab is available for every message shared on personal chats as well as group chats.

This is similar to the feature that allows Facebook users to hover over the like button to choose a reaction on any public post in News Feed. Facebook Reactions include the “love,” “haha,” “wow,” “sad” and “angry” options. Besides these, TechCrunch also spotted thumbs up and thumbs down in the test version of Messenger. However, the highlight was the inclusion of ‘Dislike’ button in the News Feed posts, as the social media giant had regularly said that it is reluctant to allow users to post negative reactions to comments.

Speaking to TechCrunch, Facebook however explained that in Messenger, it considers the Dislike button as more of a way to say “No” to something. The social media giant thinks that people often use Messenger for planning events, and its test for Reaction is to see if it would help for quick logistics and voting. So, their integration of the thumbs down icon is actually for a Yes/No option along with the thumbs up.

In order to add a reaction to a Messenger reply, you need to simply hover over a message, and click on the emoji icon. The Reactions tab will pop up giving users the option to select from the list. The expressions included in the Reactions tab are love, laughter, shock or surprise, sadness, anger, like and the highly demanded dislike. The user can also see his/her reaction and a total count of how many reactions that message has got. In a group chat, every member in the thread will get to see the Reaction given to the messages. One can also tap to see the complete list of users and the Reactions chosen. 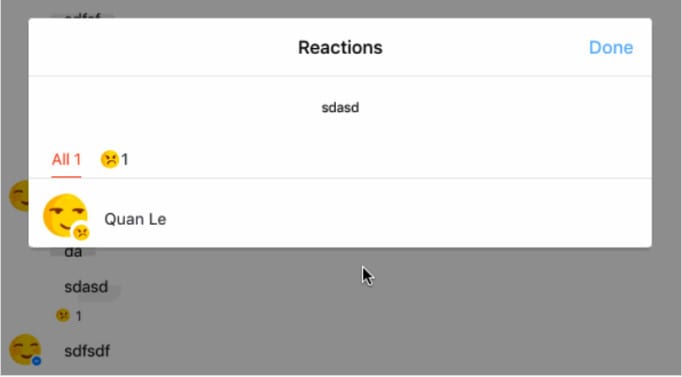 “We’re always testing ways to make Messenger more fun and engaging. This is a small test where we enable people to share an emoji that best represents their feelings on a message.” Since this is still in the testing stage, we cannot confirm if Facebook will eventually roll it out to all its users.