Apple’s next-generation iPhone 8 or “iPhone Edition” or “iPhone X” is still around six months away from making it officially to the smartphone market. However, that hasn’t stopped leaks and rumors from doing the rounds concerning the highly anticipated smartphone of the year.

The latest among them is a graphic designer, AlHasan Husni who has put his skills to work recently on the iPhone 8 and uploaded them to YouTube.

Based on the latest leaks and concept renders, Husni has managed to create few mockups of the device, showing what Apple’s rumoured iPhone 8 could look like. 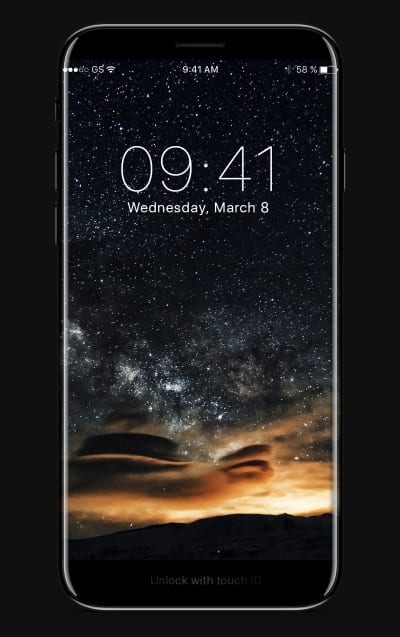 Firstly, the most notable design change one can see is the curved-edge display and the bezel-less form factor. Rumors have already suggested that Apple has decided to ditch the Home button and instead a new function area would live at the bottom of the screen. It also features an AMOLED display that should take up most of the handset’s front area. Since, there’s no Home key and Apple is unlikely to put the fingerprint sensor on the back side, the concept model features a Touch ID fingerprint reader embedded in its display. 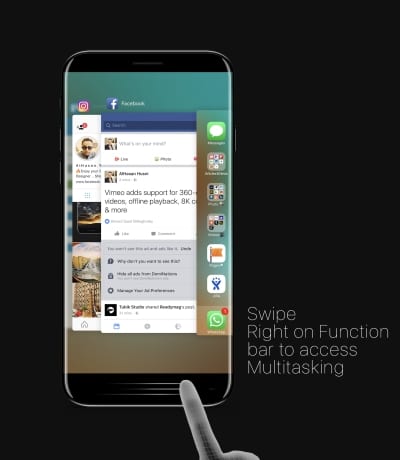 The mockup also shows the function area as a black bar at the bottom of the screen while the device is unlocked. When the device is on the lock screen, the function area houses the “Unlock with Touch ID prompt.” The same space in apps could be better utilized as an area where navigation buttons can get out of the way of the user and the app’s content.

Apple’s new iPhone 8 is expected to be revealed alongside the new iPhone 7s and iPhone 7s Plus this coming September. However, it is believed that the iPhone 8 may not be available to the customers until November.

Keep watching this space for more information and mockups on iPhone 8!