Google, Apple or Microsoft – Who do you think will fail first?

The tech industry today, has evolved into being dominated by three big players – Apple, Google & Microsoft. In fact, Apple  – for a short amount of time – was even the most valuable company on the planet. Its safe to call these three one of the most valuable firms in the world. But everything that goes up, must come down and the question arises, which of these 3 will fall first ?

When seen independently, its plainly obvious that Apple holds a higher position in the average consumer’s minds among the three. Right from the moment Steve Jobs released the very first iPod, the company has been synonymous with quality and style to such an extent that the second biggest phone manufacturer tried to rip off their designs to become the second best. 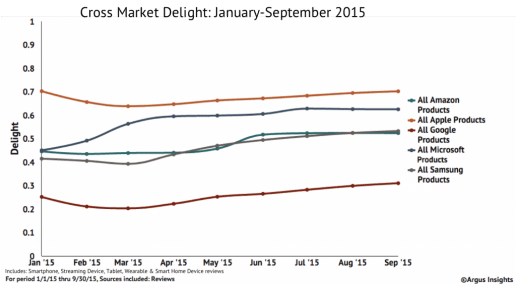 That being said, Apple is facing a turn around in fortunes. Sales of its products, besides the iPhone have been dwindling in the past few months. The Apple Watch was the first new product from the company that didn’t set the market alight. Market share and sales of the iPad have been falling steadily and Macbooks – though revered – were never a major player.

If you feel we’re over estimating the decline, consider how far Apple has deviated in the past few years from its strategy the decade before. Apple products were top of the line, but today, every product has a cheaper version ( iPad mini, iPhone SE). The iPad even released a version with a stylus, something Steve Jobs was dead set against, as commonly known. Everything that shines, isn’t gold apparently.

The company that started as a search engine and has expanded into areas as far as driver-less cars, has made Google into the the biggest brand today. Could you imagine your life with Google today? Imagine going to a new place and finding your way without Google Maps, or looking for information without a Google search. The company has become indispensable in today’s time. The icing on the cake being most of these services, aren’t charged.

This also brings along, a flip side – how does Google earn? While it is known as a web search company, in reality Google is an advertising company. If you doubt, have a look at its revenue distribution: 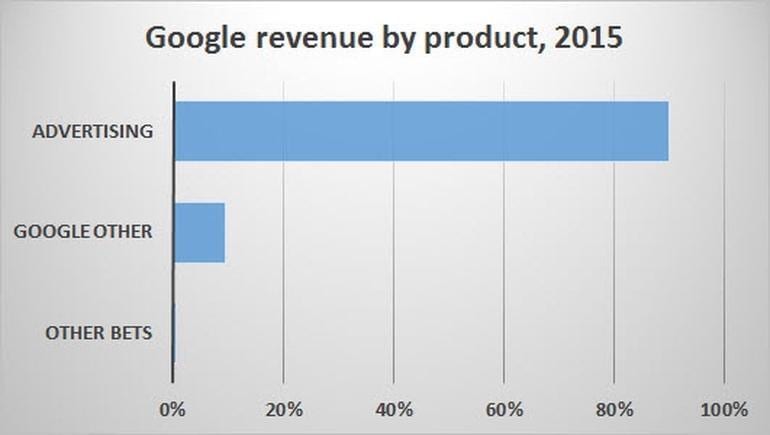 One way to understand Google’s business model is: Google doesn’t sell products, it sells consumers. As a marketing company, it earns its revenue by showing its consumers advertisements. The more Google products we use, the more information it has about us, the more targeted ads it can show us. The better its advertising network, the higher the ad premium. The plus side being, Google practically owns the internet advertising monopoly. There isn’t a competitor around that hold a candle to Google.

At present, there isn’t anyone who can dethrone Google from the top of its pyramid. This might change in a few years however, as most analysts predict voice to become the new medium by which we use the internet and adverting on voice search is not as easy as advertising on a webpage. Imagine you asking your phone’s AI to search for the nearest coffee shop and it plays out a 30 second ad before giving you the result, who would use such a service? Advertising in the future will look very different – if at all it lasts into the future with the increased use of Ad Blockers.

It would seem that Google is the most vulnerable at this point, but we need to consider one more aspect of the company, its flexibility. Google is one of the rare behemoths that has been able to read the changing times and is willing to change with it. One of them is it identified correctly the rise of smartphones and invested early. Even today, the company is expanding into driver-less cars, content creation(YouTube), AR with Google Glass and cardboard and even the more conventional product with the Google Pixel & Chromebooks.

Finally we come to the company at the root of the technological revolution. Most people today, would consider Microsoft of a bygone era with only one successful product in its bag – Windows. However, considering that Windows almost commands a monopoly in desktop OSes, one would be naive to write them off. Sure, it has many other products that haven’t been able to match up to their competition, but the company has one advantage the other two in this list don’t – diversity.

Microsoft’s revenue today is not dependent on any one product or service. Using its reputation at the turn of the century, the company has expanded into a host of domains. As a comparison, we present the revenue streams of Microsoft against Apple. 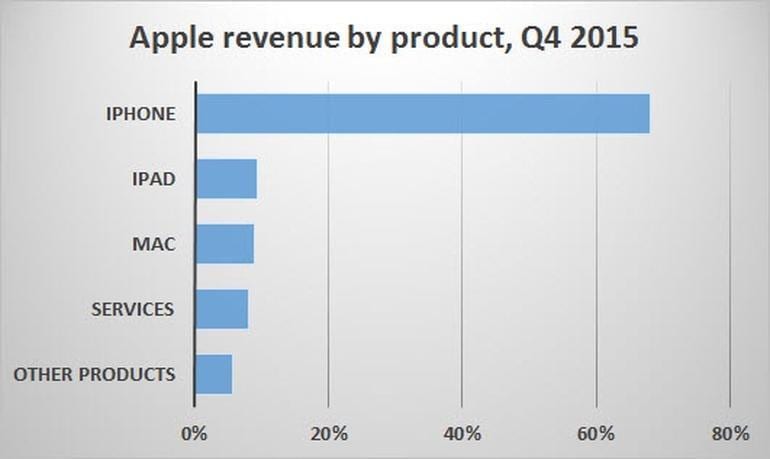 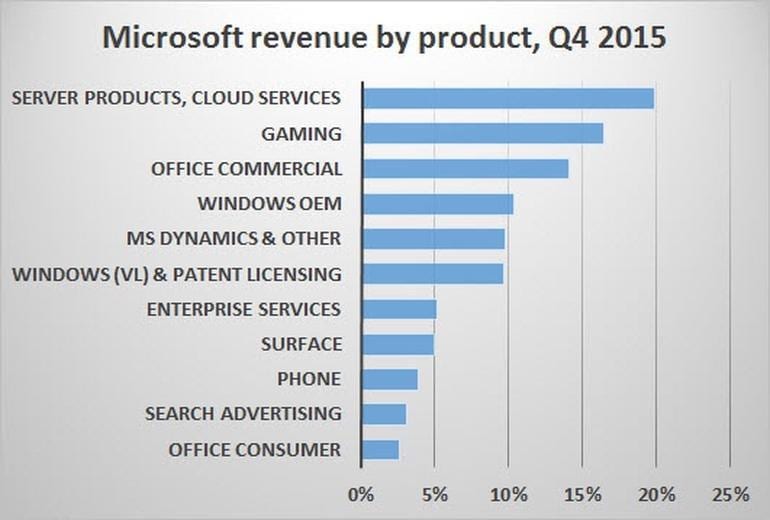 Just by looking at the 3 revenue distribution graphs, we can plainly see Microsoft as the only company that doesn’t depend on just one product to survive. This is the reason they’ve survived multiple failures in the past including Windows Vista, Windows 8, Windows Phone. If you noticed, Windows is supposed to be their golden egg laying goose right ? Yet, 3 iteration failures in under a decade did not even dent their revenue. This alone, in my opinion proves beyond doubt which the strongest company is, among the tree.

So who will fall first ?

Its pretty clear from what we’ve discussed, Microsoft is the least likely to fail among the big three. That still leaves the question, who gets the top spot ? From revenue streams, though Google appears the most vulnerable, it has shown its ability to adapt and change. Though it hasn’t managed much success in its alternate ventures but Android, Chrome and Maps too were alternate ventures once and they have become indispensable today. This gives us enough reason to believe when push comes to shove, Google might stumble, but it will pull through.

Apple on the other hand has been unable to shake off its reliance on the iPhone. For a while, the iPad did provide diversity to an extent, but it is already in decline with nothing seemingly close enough to offer a different revenue stream. Its past attempts to move beyond its core products too haven’t been promising. Not to mention, Apple depends on its users sticking to its ecosystem. With the loyalty of modern users changing like the seasons, this leaves it the most vulnerable thus taking the top spot, followed by Google and Microsoft taking the cake with the company least likely to fail.