Coship To Bring Windows 10 Mobile And Android In One Phone

Chinese smartphone manufacturer, Coship (also known as Moly) is planning to launch a unique smartphone that dual boots on Windows 10 Mobile and Android. With this, the company plans to bring the best of both the worlds, Microsoft and Google, in one smartphone for its users. Coship is Microsoft’s partner in China that develops and produces the Windows phone for consumer market in that country.

According to a query replied on their Facebook page, Moly said, “Yes, we are planning to launch a smartphone with dual OS, Windows 10 plus Android.”

This is not the company’s first dual OS phone. In 2014, the company had produced the Coship 960 running both Linux and Android; however, the device was not a dual boot, as the users were required to press a button to switch between the two OS.

The upcoming dual OS phone will be similar to the dual-OS installation in computers, wherein the users can select the operating system they wish to boot in.

As of now, there is no official confirmation from the company yet regarding the price, specifications and release date of the device. However, one can expect the device to be unveiled by the end of the year since the company has already started working on it.

Whether the upcoming dual OS phone be able to change the fate of Microsoft’s decline of its smartphone ecosystem, only time will tell!!!

OnePlus’ Concept One Teaser Suggests Disappearing Camera At The Rear 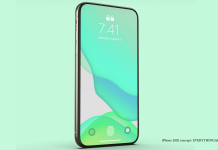