While AMD’s Ryzen Threadripper has created excitement and curiosity in the market before its launch next month, its rival Intel, on the other hand, has quietly updated the base clock speed of their upcoming 12-core Core X-series processor, the i9 7920X that is scheduled to appear in a month or so. 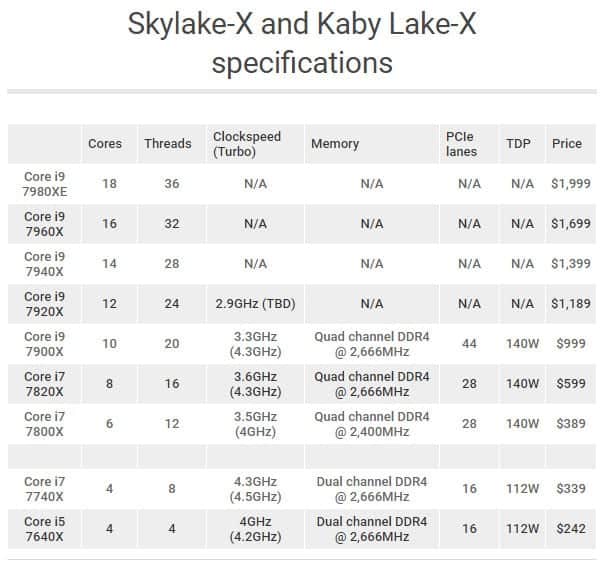 Intel has updated other specifications too for the Core i9 7900X, which includes a Turbo Boost 2.0 frequency of 4.3GHz, a Turbo Boost Max 3.0 frequency of 4.5GHz, support for up to 44 PCI-e lanes, a TDP of 140W and DDR4-2666 RAM. However, the details pertaining to the memory, TDP and PCIe lanes for the 12-core variant have not been confirmed yet.

The Core i9 7920X will come with a price tag of $1,189, which is way steeper than its rival AMD’s Threadripper 1920X that is 600MHz quicker, with a 3.5GHz base clock, and comes for $799. With the Core i9 and Threadripper to be released very soon, let’s wait and see who turns out to be the winner of the cores.