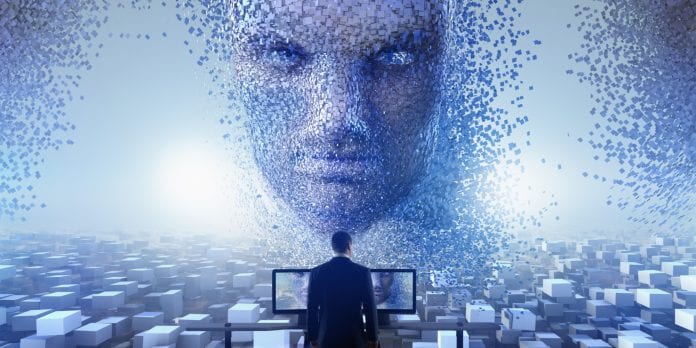 Anthony Levandowski, the former Google and Uber executive has filed paperwork with the IRS to officially register a religion centered around super-smart artificial intelligence (AI).

According to IRS documents, the new church of AI will aim “to develop and promote the realization of a Godhead based on artificial intelligence and through understanding and worship of the Godhead [to] contribute to the betterment of society.” Levandowski would be the leader – in this case “dean” – of the religion.

The robot god will head a non-profit religious organization called “Way Of The Future” (WOTF). According to the website (wayofthefuture.church), the movement is “about creating a peaceful and respectful transition of who is in charge of the planet from people to people + ‘machines.'”

The basis of this new religion is that Levandowski’s believes that AI will one day grow to such efficiency that it surpass and overpower humans.

“Given that technology will ‘relatively soon’ be able to surpass human abilities, we want to help educate people about this exciting future and prepare a smooth transition,” the site explains. “In ‘recent’ years, we have expanded our concept of rights to both sexes, minority groups and even animals, let’s make sure we find a way for ‘machines’ to get rights too.”

“Let’s stop pretending we can hold back the development of intelligence when there are clear massive short term economic benefits to those who develop it and instead understand the future and have it treat us like a beloved elder who created it,” the site argues.

In a rare interview with WIRED, Levandowski shed more light on his new church WOTF. The gospel of the religion would be called “The Manual, and will have rituals and even a physical place of worship.

According to WIRED, the religion’s activities will concentrate on “the realization, acceptance, and worship of a Godhead based on Artificial Intelligence (AI) developed through computer hardware and software.”

The church will perform outreach to AI industry leaders and professionals to network with those “who are interested in the worship of a Godhead based on AI.”

“What is going to be created will effectively be a god,” he said. “It’s not a god in the sense that it makes lightning or causes hurricanes. But if there is something a billion times smarter than the smartest human, what else are you going to call it?”

He added, “I would love for the machine to see us as its beloved elders that it respects and takes care of. We would want this intelligence to say, ‘Humans should still have rights, even though I’m in charge.’”

In the latter part of the interview, Levandowski compared the religion to other major religions of the world.

“There are many ways people think of God, and thousands of flavors of Christianity, Judaism, Islam,” he explained. “But they’re always looking at something that’s not measurable or you can’t really see or control. This time it’s different. This time you will be able to talk to God, literally, and know that it’s listening.”

Currently, Levandowski is at the center of a legal battle between Uber and Google’s Waymo. Levandowski who was co-founder of autonomous trucking company, Otto, which was bought by Uber for $680 million in 2016. His former employer, Google, alleges that he helped Uber steal trade secrets about self-driving car technology.