According to Epic, the players modified the game’s code by using the site ‘Addicted Cheats’ to obtain “aimbots” that would give them a competitive edge in the game, which involves building forts, scavenging gear and fighting waves of monsters.

Using the cheat codes which aren’t free (usually need to pay between $5-$15 for the service), players could then kill weaker characters for fun, especially those “streamers” who create video recordings of their own games.

Epic is claiming that they allegedly acted as support personnel for the site and using aimbot software “They also helped to stream snipe popular Twitch broadcasters.

The suit said some of the players publicly boasted about cheating and encouraged others to do the same, a practice that cost Epic lost sales and profits.

“Nobody likes a cheater,” the suit said. “And nobody likes playing with cheaters. These axioms are particularly true in this case.”

“This particular lawsuit arose as a result of the defendant filing a DMCA counterclaim to a takedown notice on a YouTube video that exposed and promoted Fortnite Battle Royale cheats and exploits,” Epic says in a statement given to Kotaku. “Under these circumstances, the law requires that we file suit or drop the claim.

“Epic is not okay with ongoing cheating or copyright infringement from anyone at any age. As stated previously, we take cheating seriously, and we’ll pursue all available options to make sure our games are fun, fair, and competitive for players.”

However, the 14-year old’s mother has decided to fight the case on his son’s behalf and has claimed that Epic Games is using them as scapegoats. Not happy with the way Epic Games have handled the case, the mother in a letter to the court has attacked the former on the following grounds:

You can read the defendant’s mother’s letter below. 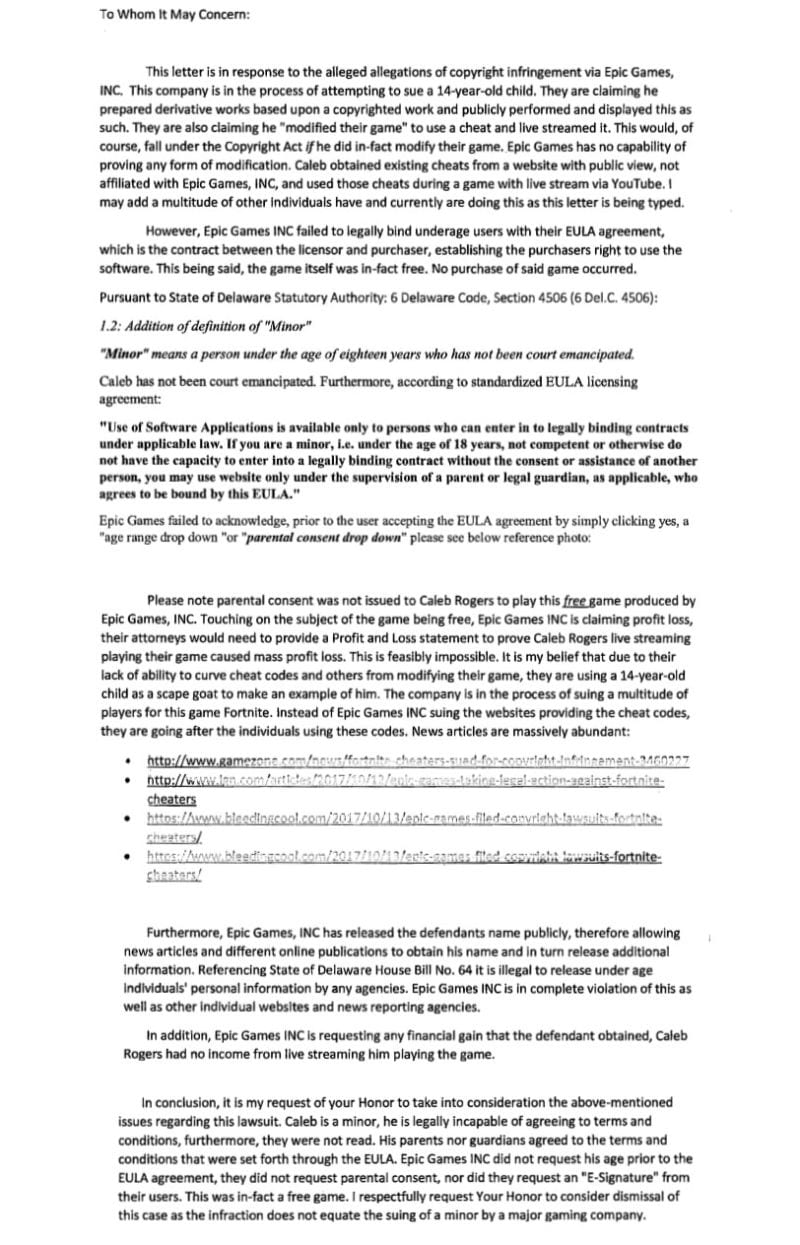