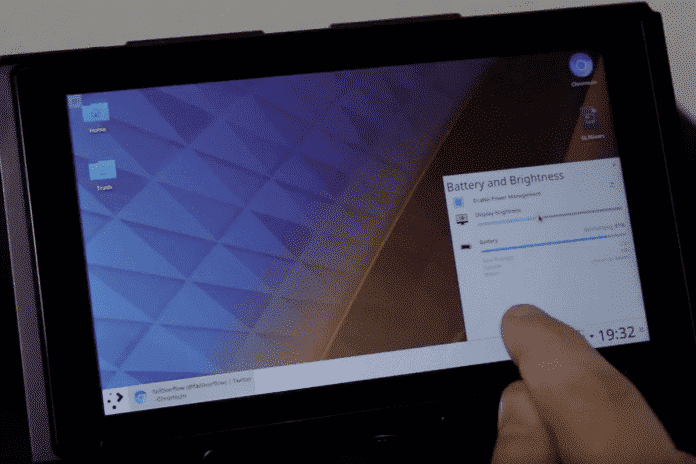 Nintendo Switch turned into a Linux tablet by hackers

Recently, a hacker group named ‘fail0verflow’ had successfully managed to run Debian Linux on Switch by exploiting its boot code. The group had posted a still image on Twitter that displayed the Nintendo console running the Debian Linux distro and user login, along with a serial adapter that was connected to one of the Joy-Con terminal on the right side.

Now, the same group fail0verflow has converted the console into a full-fledged tablet PC. In a video posted on Twitter, it shows the hacked Switch running a full-on Linux distro with complete touchscreen support, and a fully operational web browser.

It shows that by using the console touchscreen, you can move windows, start applications and enlarge websites. Further, you can also enter texts using an on-screen keyboard. Additionally, the video shows how an installed software manages to calculate complex 3D graphics.

Code execution is all the rage these days, but can your Switch do *this*? 😉 #switchnix pic.twitter.com/NMnBq61tOM

Until date, the hackers have not published any instructions or details on how they proceeded with the exploit. It is only known that the hackers have exploited a vulnerability in the boot ROM grouping. According to the hackers, the exploit cannot be patched via future software or firmware updates and also does not require a modchip. The only way to resolve the problem for Nintendo is to install a new processor in the hybrid console.

Nintendo has not yet commented on the issue so far.