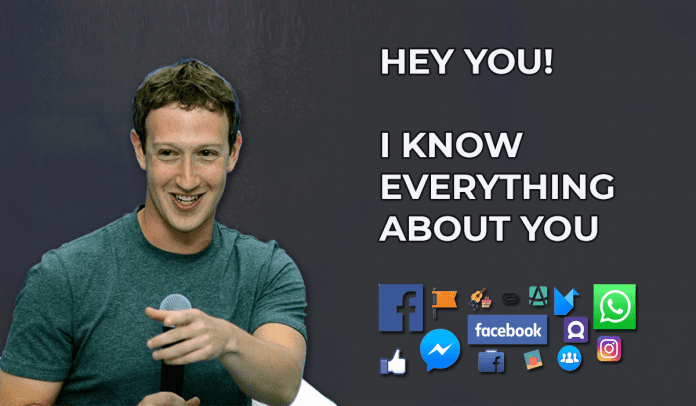 Facebook has always been blamed for invading its users’ privacy by leaking its personal information and profile to third parties for advertisements and marketing purposes. Recently, it was revealed that a political data research company, Cambridge Analytica had harvested data from millions of Facebook accounts without users’ knowledge and consent on the social network.

If this was not enough, Facebook now has been embroiled in a new controversy for collecting users’ contacts, text messages, and call history data through the Facebook app installed on Android devices for the past several years.

Citing several users tech site Arstechnica said that when the users’ requested for a Facebook archive, they were provided with a ZIP file to download, which on downloading had complete logs of incoming and outgoing calls and SMS messages sent and received between 2015 and 2017. However, those using Apple’s iOS operating system are not seeing the data in their downloads.

One such Android user, Dylan McKay, a New Zealand-based programmer, who was the first to discover took to Twitter to tweet the issue. He said that when he requested for a Facebook archive, he found that the downloaded data had almost two years of call history from his Android phone, with metadata including contact names, phone numbers, and the length of calls made and received.

Somehow it has my entire call history with my partner's mum pic.twitter.com/CIRUguf4vD

Other Twitter users supported McKay’s findings, as did Sean Gallagher of Arstechnica, who said his own downloadable data archive contained call log data and text messages “for a certain Android device I used in 2015 and 2016.” However, not all Android users are seeing this.

According to Gallagher, it depends on what kind of permissions one has previously granted on older versions of Android, which will continue into remain in the future versions unless one changes them.

If you granted permission to read contacts during Facebook’s installation on Android a few versions ago—specifically before Android 4.1 (Jelly Bean)—that permission also granted Facebook access to call and message logs by default. The permission structure was changed in the Android API in version 16. But Android applications could bypass this change if they were written to earlier versions of the API, so Facebook API could continue to gain access to call and SMS data by specifying an earlier Android SDK version. Google deprecated version 4.0 of the Android API in October 2017—the point at which the latest call metadata in Facebook users’ data was found. Apple iOS has never allowed silent access to call data.

When Arstechnica contacted Facebook to explain why it collected phone and SMS data without users’ knowledge, a Facebook spokesperson responded in a “fact check” blog post on Sunday, wherein he stated:

Call and text history logging is part of an opt-in feature for people using Messenger or Facebook Lite on Android. This helps you find and stay connected with the people you care about and provides you with a better experience on Facebook. People have to expressly agree to use this feature. If at any time, they no longer wish to use this feature they can turn it off in settings, or here for Facebook Lite users, and all previously shared call and text history shared via that app is deleted. While we receive certain permissions from Android, uploading this information has always been opt-in only.

We introduced this feature for Android users a couple of years ago. Contact importers are fairly common among social apps and services as a way to more easily find the people you want to connect with. This was first introduced in Messenger in 2015 and later offered as an option in Facebook Lite, a lightweight version of Facebook for Android.

When an Android user signs up for Messenger or Facebook Lite or logs into Messenger on their device, they are given the option to continuously upload their contacts as well as their call and text history. “This lets friends find each other on Facebook,” the blog post states.

Certainly, the users are provided with the option to skip that step. “If at any point, you no longer wish to continuously upload this information, you can easily turn this feature off in your settings,” the blog post adds. “You can also to turn off continuous call and text history logging while keeping contact uploading enabled.”

The company also reiterated, that “We never sell this data, and this feature does not collect the content of your text messages or calls.” However, it did not provide a reason as to why exactly it needs phone call and text message information.

If you want to know if Facebook has been logging your calls and text, you can check your own data archive on Facebook. Go to Settings (facebook.com/settings), and select Download a copy of your Facebook data at the bottom of the General Account Settings section, and click Start My Archive. Allow the downloading process to complete. Once done, you will receive an email from Facebook with a link to your download.