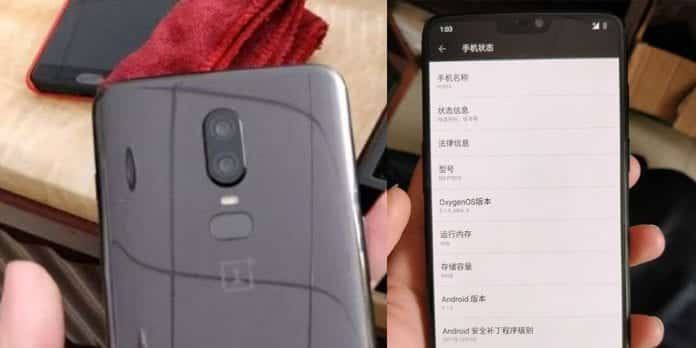 We had recently reported how the Chinese smartphone manufacturer, OnePlus’s upcoming flagship, OnePlus 6 is rumored to have an iPhone X-like display notch at the top of the screen.

Over the weekend, this piece of information was further confirmed by XDA Developers when they discovered references to the notch in the OxygenOS Open Beta 4 firmware files that OnePlus released for the first Android 8.1 Oreo build for the OnePlus 5T.

According to the XDA Developers, they found that evidences within the APK settings of the latest OxygenOS beta that hinted OnePlus 6 would be code-named “enchilada.” They also found an image (see below) named “screendecor_up_img_enchilada_1? within the firmware, which was likely used by OnePlus engineers as an overlay to test apps while an actual OnePlus 6 prototype was still in testing.

While it’s not a conclusive proof that the upcoming OnePlus flagship will have a notch, it does lend weight to multiple reports suggesting the same. Although, there have been floating rumors of OnePlus 6 being launched on March 27th, there is no confirmation from the company yet about the new device or its launch date. Keep watching this space for more updates!!!