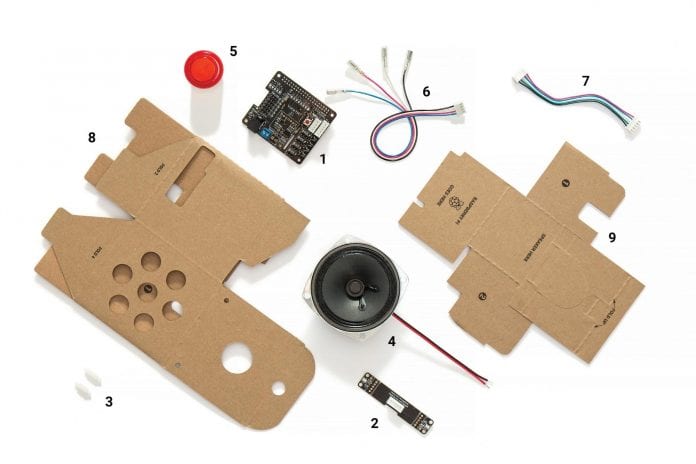 Last year, Google had launched its ‘AIY (“Artificial Intelligence Yourself”)’ projects also known as “AI DIY” to improve and create tools that will give the developers the power to build AI into their projects. Back then, the search giant had launched two do-it-yourself kits: Voice Kit and Vision Kit, which were specially designed to integrate into educational plans.

Google in a blog post said that they’ve noticed “continued demand” for the Voice and Vision Kits “especially from the STEM audience where parents and teachers alike have found the products to be great tools for the classroom.”

Now, the search giant has released updated versions of its Voice Kit and Vision Kit that are not only easy to assemble but also more widely available. This will give students and educators an easy, cheap platform for developing and programming their own “smart” gadgets.

“We’re taking the first of many steps to help educators integrate AIY into STEM lesson plans and help prepare students for the challenges of the future by launching a new version of our AIY kits,” Google notes.

Previously, the Voice Kit and the Vision Kit, had to depend upon the Raspberry Pi board, which the users had to purchase separately other than the AIY kits. However, Google has decided to make it easy for you to build your own smart speaker similar to a Google Home or a smart home camera that can detect faces and expressions by including everything that you need, including the boards in the updated versions of its Voice Kit and Vision Kit. The box will also include clear instructions on how to setup.

“To make setup easier, both kits have been redesigned to work with the new Raspberry Pi Zero WH, which comes included in the box, along with the USB connector cable and pre-provisioned SD card. Now users no longer need to download the software image and can get running faster. The updated AIY Vision Kit v1.1 also includes the Raspberry Pi Camera v2,” Google adds.

You can purchase the new Vision Kit and Voice Kit at U.S. Target Stores and Target.com for $89.99 and $49.99 respectively. Google is working on to make both the kits widely available in the world.