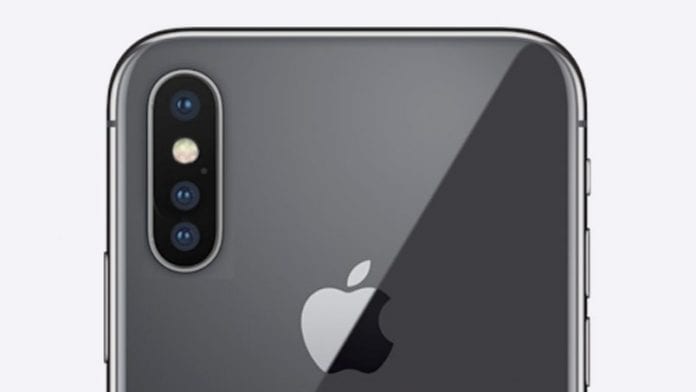 Apple iPhone in 2019 may come with a triple camera setup, and offer features like 3D sensing and 3X zoom

Citing a research note from Deutsche Securities analyst Jialin Lu, the Taiwanese site Economic Daily News have reported that at least one new iPhone model to be released next year will feature a triple camera system on the back. According to the report, the triple camera setup will come with a 3D depth sensing and enhanced zoom.

According to the analyst Lu, two out of three cameras will have advanced 3D sensing capabilities via stereoscopic vision, which will enable it to capture images of a single object from different angles. Also, a triangulation method would be used to get the distance between the iPhone and the object. Further, the rear-facing 3D sensing capabilities would be used for augmented reality (AR) purposes. It will function like the TrueDepth system found on the iPhone X, which is the technology that enables the Face ID feature.

In the meantime, the third lens, according to Lu, will have a longer focal length and will introduce 3x optical zoom, making it the best zoom ever offered in an iPhone. Currently, iPhone 7 Plus, iPhone 8 Plus, and iPhone X models only have 2x zooming capabilities.

AR has always been the favorite subject of Apple’s CEO Tim Cook. In fact last year, Apple had released its ARkit for developers to use in iPhone and iPad on iOS 11. If a triple-lens camera iPhone is launched in 2019, it will only further thrust Apple’s investment in AR technology and create a platform for the AR/VR headset.

At present, the Huawei P20 Pro is the only smartphone to offer a triple camera system, featuring a 40MP RGB camera, a 20MP monochrome camera, and an 8MP camera with a telephoto lens plus up to 3x optical zoom.